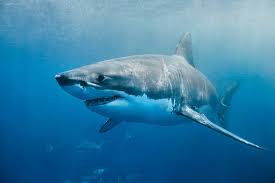 The group took part in the deliberations on the development of a Regional Plan of Action for the Conservation and Management of Sharks in the WECAFC Area.

It has been reported that over one-third of sharks are threatened with extinction globally and in the WECAFC waters which hosts fourteen percent of the global number of shark species, relatively greater numbers are disproportionately threatened.

This threat is due to overfishing as sharks are fished sometimes as target species, others as a by catch that is either commercialized or used locally as food, and sometimes as unwanted and discarded by catch.

This raises concern for oceans’ biodiversity loss, health of aquatic ecosystems and the sustainability of fisheries for livelihoods, food and nutrition security, tourism and the overall ocean economy.

Imbert dismisses Opposition claims about “impending insolvency“ of the NIB 0

Marijuana Worth $763,000 Destroyed During Eradication Exercise in North Eastern Division 0