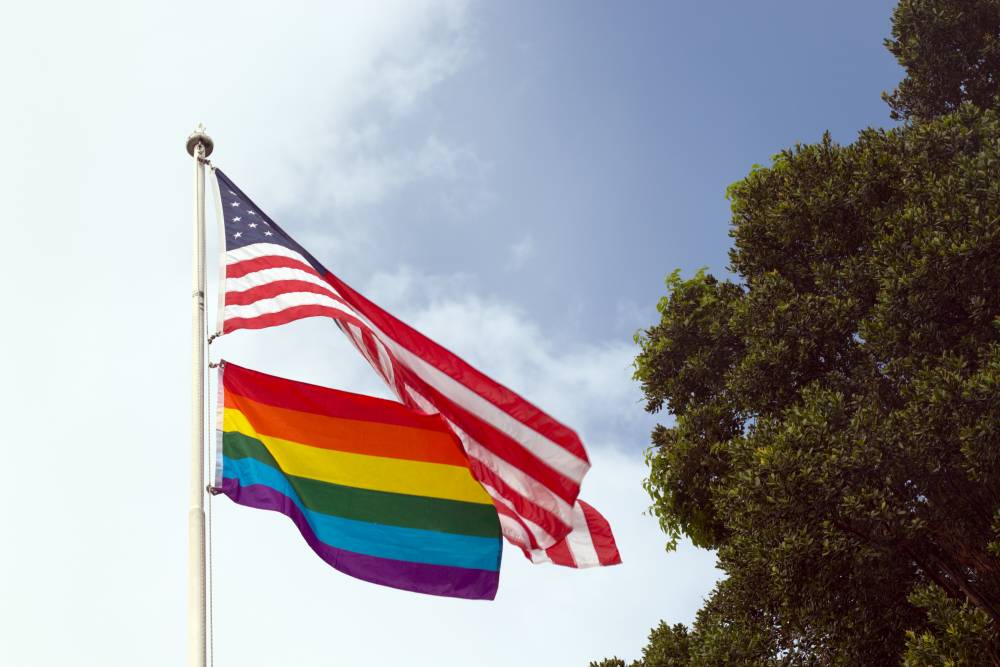 A number of Christian groups have expressed their strong objection to the decision by the US Embassy in Port of Spain to fly the rainbow flag alongside the US flag at the embassy last Sunday.

The US Embassy raised the rainbow flag to mark June as Pride Month and the 2015 Supreme Court ruling that marriage was a fundamental right of same-sex couple.

However, a number of non-governmental organisations (NGOs) and churches from across the region, including Trinidad and Tobago, have condemned the US Embassy in TT for raising the multi-coloured pride flag on its premises.

In a statement on Tuesday from religious group Caribbean Cause, it called the flag — a universal symbol for homosexual, bisexual and transgender inclusion — a flag of intolerance and polarisation.

The release said: “It represents gross disrespect and an assault upon the consciousness of our societies,” it said. “There is no good reason for it to be flown at an embassy in the Caribbean. If Caribbean citizens allow this to occur unchallenged, it opens the door for the USA and other foreign nations to influence our social and political structure by way of diplomatic bullying.”

“The government of the USA is using its premises in our countries to promote a perverse lifestyle that flies in the face of established science, leads to the corruption of children, destruction of family life and the hijacking of femininity itself through the transgender movement which robs women of their rights.”

It said the homosexual-bisexual-transgender movement is not a civil rights movement, adding that it seeks to suppress the fundamental freedoms of religion and parental rights.

“Our churches continue their work of counselling, mentoring, and supporting those who struggle with unwanted sex attraction, many of whom were sexually and otherwise traumatised as children.”

It said the pride political movement aims to silence the voice of Christians. “The act of culture imperialism defines America’s identity as homosexual-bisexual-transgender. It is in defiance of Caribbean laws and cultural norms.”

The statement said American foreign policy should not be geared toward exporting sexual deviancy and perversion but should have nobler ideals such as assisting host countries with alleviating crime and poverty.

The countries listed include Anguilla, Antigua and Barbuda, the Bahamas, Barbados, Belize, the Cayman Islands, Curacao, Jamaica, St Vincent and the Grenadines, and TT.

They are also demanding that the flag be removed.