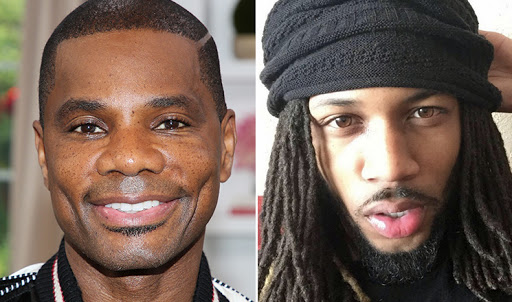 We have all heard (or heard about) a leaked, threatening and expletive-laced phone conversation between the Grammy award-winning gospel artist Kirk Franklin and his estranged, 32-year-old son Kerrion.

However, there is now another uprising of additional accusations between both Kirk and Kerrion Franklin’s strained relationship.

In a new video leaked, Kerion quarreled with his friends, while claiming he was the song of a “celebrity.” Later, when Kirk’s son was played, Kerion said, “Thank you for playing my molester’s music.” However, Armon reminded viewers and followers that everything he spilled was “reportedly.”

Many on social media who watched the video claim that Kerrion may have been suggesting that his father abused him but Kerrion never specifically made those claims.

During an interview on the Tamron Hall Show, Kirk revealed that his son had the problem of “going in and out of counseling and therapy for over 20 years,” and claimed that Kerion became “more aggressive” as he became a “grown man.”

Kirk claimed his son “has been trying to get together for years to help,” and “and, as I said, he’s about to turn 33 as a grown-up man, the relationship is sometimes it can be very exciting and very frustrating. ”Counseling and therapy do not seem to be successful yet, but the 51-year-old man added, “I’m not going to stop trying to help. He’s my son.”