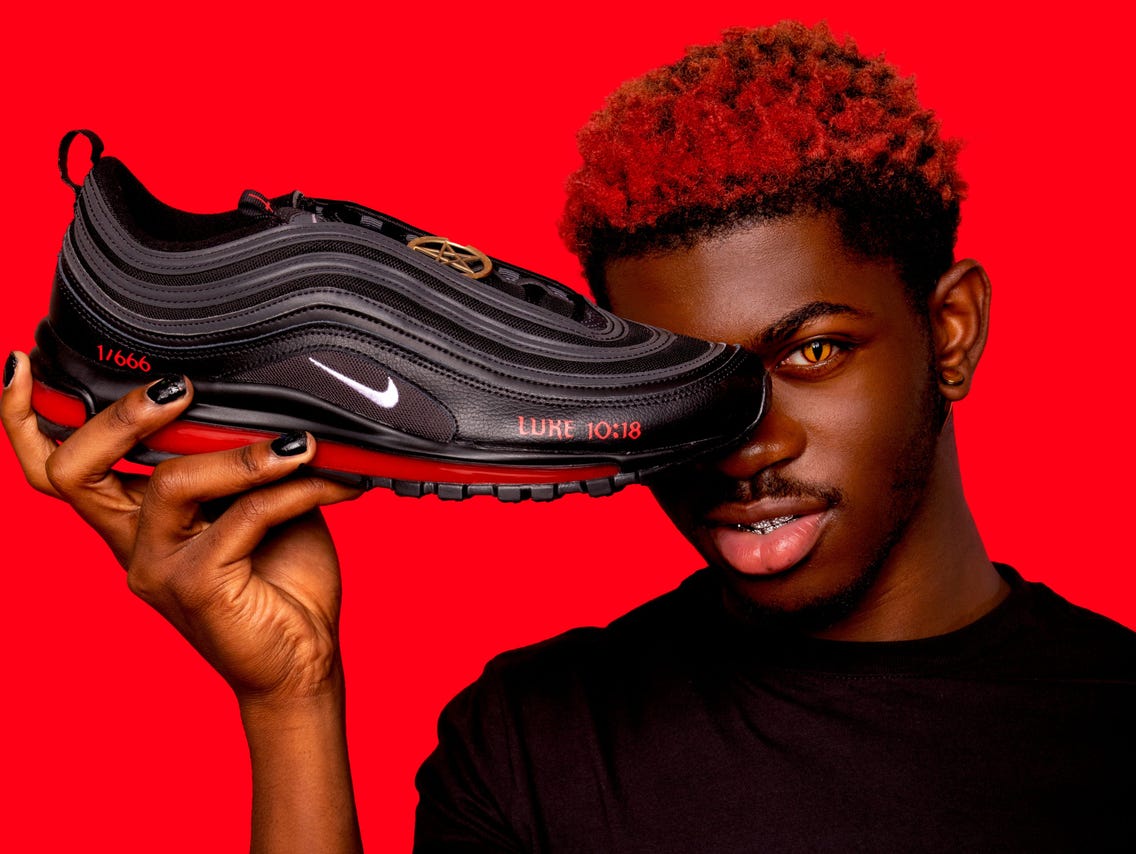 666 pairs of the special MSCHF Nike Air Max 97’s will be released and each pair will be individually numbered.

Priced at £738, the shoes will have the Luke 10:18 bible scripture imprinted on the side. The passage talks about Lucifer being banished from heaven.

The shoes will go on sale on the 29th March and spectators are divided on social media about the release.

The track follows the release of Nas X’s new track “Montero (Call Me By Your Name)”.

The video sparked controversy thanks to its blasphemous themes and depiction of Satan.

Nas X addressed critics of the video on Twitter and alluded to the video being a protest against homophobia in religion.

Along with animated scenes. The artist is shown pole dancing in the video and giving Satan a lap dance.

Lil Nas X tweeted: “I spent my entire teenage years hating myself because of the shit y’all preached would happen to me because I was gay. So I hope u are mad, stay mad, feel the same anger you teach us to have towards ourselves.”

Nas X added: “There was no system involved. I made the decision to create the music video. I am an adult. I am not gonna spend my entire career trying to cater to your children. That is your job.

“There is a mass shooting every week that our government does nothing to stop. Me sliding down a CGI pole isn’t what’s destroying society.”

The video is currently trending on YouTube and follows the release of “Holiday”back in 2020.