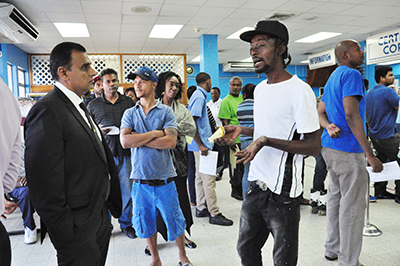 Unconfirmed reports coming in that the Licensing Office in Port-of-Spain has been shut down.

It seems the office was closed by the Pubic Services Association (PSA) because of issues with the facility’s toilets. Two weeks ago, the institution had to suspend services for a week after they had a problem with their sewer. As a result, all regulations, road tests and other processes at the institution were postponed to a later date.

We will have more on this story as information becomes available.