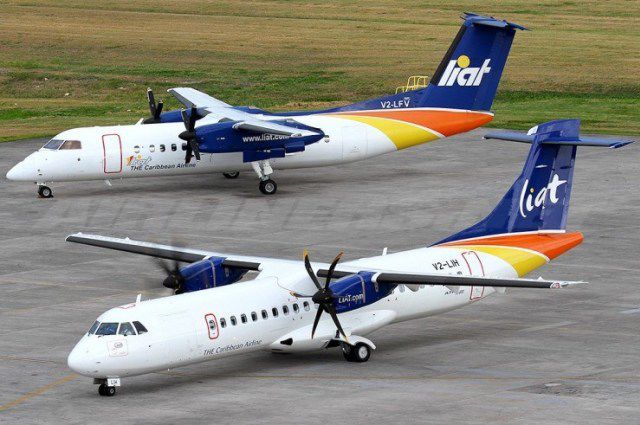 LIAT’s management, representatives of shareholder governments and trade union bodies began talks on Thursday aimed at streamlining the operations of the Antigua-based carrier in light of the COVID-19 pandemic which has forced several countries worldwide to restrict travel and close their borders.

The high-executive meeting came days after staff from all levels received an email from the Corporate Communications Department outlining how the current crisis has impacted the company.

One such fallout is that the company will be reducing staff in all departments and levels in a bid to avoid a temporary closure.

The communicated brief, dated March 23, said that over the past few weeks, eight of the airline’s destinations have closed borders, resulting in more than half of LIAT’s destinations being closed to passenger traffic.

The company said the reality at this point is that the airline can no longer sustain a commercial schedule with a reduction in flights of more than 55 percent.

“The Chief Executive Officer Julie Reifer-Jones has been engaged in discussions with shareholders and other governments on this rapidly developing situation. At this point, the company has no choice but to reduce its staffing complement to reflect a drastically reduced network. Management does not take this action lightly, but this step cannot be avoided at this stage,” the email read.

It further stated that “The Director of HR has also been asked to meet with union representatives to discuss proposals in relation to temporary layoffs and reduced work hours across the network. We will also schedule discussions with the non-unionized staff as the changes will affect the entire company.”

The company also said that the current discussions with shareholders will seek to maintain a minimum schedule which will require financial support from said shareholders.

“The present revenues being generated cannot sustain the operations even at the minimum level. Our main objective is to maintain a minimum schedule rather than to face a temporary shutdown. This will put us in a position to continue operations in the period of post-Covid-19.”

LIAT’s management said it was aware that this current position would bring hardships to workers, however, the approach would save some jobs rather than losing all.

Staff members were also advised that contacts were also made with CIBC First Caribbean International Bank, Royal Bank of Canada, Bank of Nova Scotia, and Antigua Commercial Bank to arrange for waivers on their loans and mortgage payments for three to six months.

He also acknowledged that a memo had been sent out to workers to educate them on the current situation brought on by the pandemic.

TTPS will enforce the law from Monday, says Gary

TTPS will enforce the law from Monday, says Gary

TTPS will enforce the law from Monday, says Gary 0

covid-19: Boot the body prevent covid-19 virus. Let’s face it, in the current climate of Covid-19 there is a lot of fear and uncertainty. However that does not mean we have to hide in fear and buy into the mass hysteria. In times of great trouble it is best to focus on the things we can do. more detail

Hassan Abdool: This is the same JOKER, who said PNM wasted 60 Billion Dollars. Tell me Dr. Joker, how much you wasted and stole.

Obama summit 2019 dedicated to the city of Chicago 0

Procurement amendments on the way 0