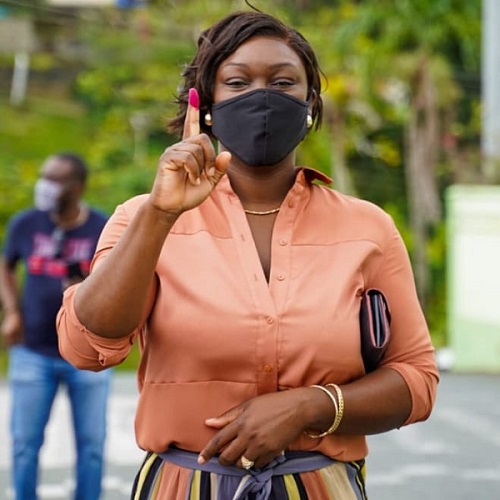 “Let the people decide and let democracy prevail”, that’s the position of the Tobago Council of the People’s National Movement on resolving the 6-6 tie in by Monday’s Tobago House of Assembly election.

The Tobago’s Council PNM Political Leader, Tracy Davidson-Celestine, believes a return to the polls “as soon as feasible”, is the only constitutional solution to the deadlock.

In a media release issued this afternoon the PNM said during Thursday’s post-inauguration news briefing, Deputy Political Leader of the Progressive Democratic Patriots, Farley Augustine, said he is willing to flip a coin for the leadership of the Tobago House of Assembly.

The PNM said the PDP Deputy Leader said this method is practical.

It says any administration must have the approval of the majority of the electorate.

It says this is why the PNM, even with the popular majority, is willing to go back to voters.

Mrs Davidson-Celestine said the PNM’s Tobago Council recognises  certain steps must be taken to facilitate the return to the polls, this is the path the PNM will support.

In Monday’s THA election, the PNM won 51 percent of the votes cast.

This was followed by the swearing-in ceremony for the Assemblymen on Thursday, but the House was unable to elect a presiding officer due to the 6-6 deadlock.

As a result, the legislative arm of the THA cannot function, although the administrative arm remains in place.

Andrew Hollness to Windsor Castle, “we are moving on.” 0