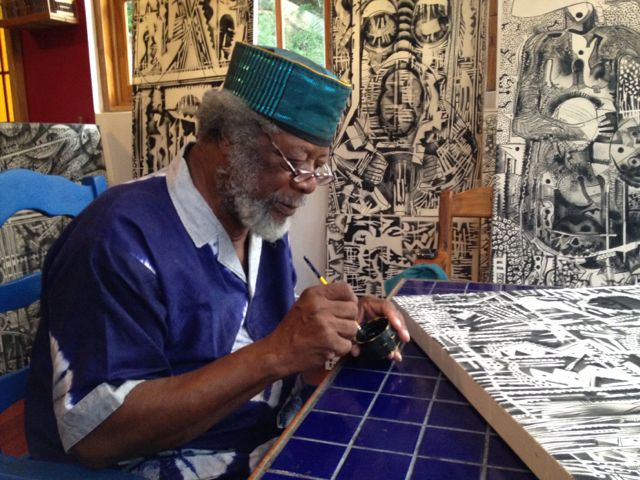 The Master Artist and poet passed away at his home in Cascade around 6 am this morning.

He was 82 and had been ailing for some time.

LeRoy Clarke was born on 7 November 1938 in Gonzales, behind Belmont in Port of Spain and worked as a teacher in his early years.

He held the Iris first exhibition in 1962, where he sold his first painting for $15. His exhibit Labour of Love, held in 1966, marked Clarke’s recognition as one of Trinidad’s most talented painters.

Clarke left Trinidad in 1968 for New York City. His departure marks the beginning of a period of incredible artistic production. He was welcomed at the Studio Museum in Harlem, where he became a program coordinator and an artist-in-residence, and where he stayed until 1974.

His works of art command high prices, and he sold his mural The Seers for $220,000 to the United Trust Corporation in Trinidad. His work has been exhibited in Port of Spain, Venezuela, and the United States.