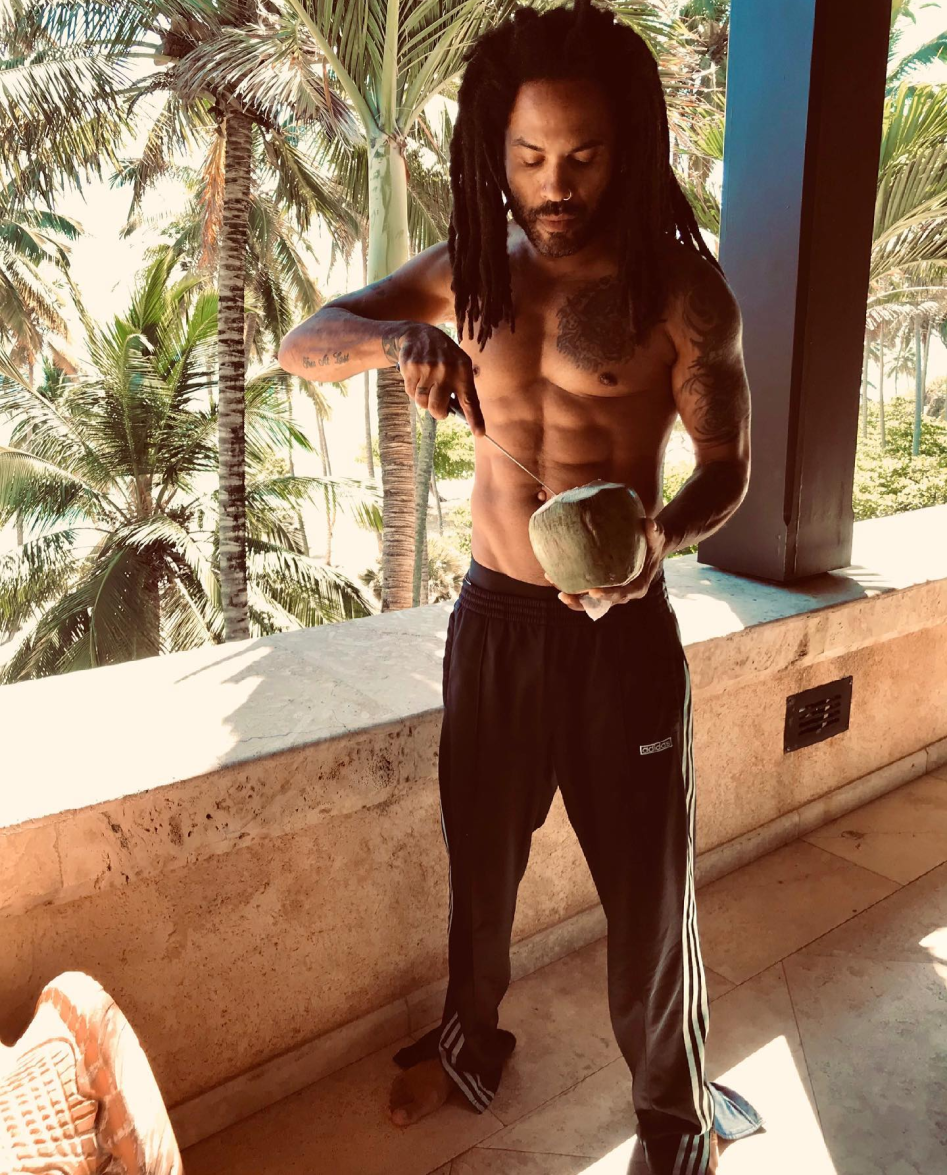 Lenny Kravitz Shows Off His Insane Abs At Age 56

American music legend Lenny Kravitz, is putting all his fans to shame flaunting his chiseled abs online at the whopping age of 56!

The Rocker and actor is currently retreated in the Dominican Republic filming a movie that also stars Jennifer Lopez.

In an interview with Men’s Health last year, he attributed this to being vegan and eating fresh fruits that he grows himself.

“I’m very careful about what I put into my body and how I take care of my body. It’s a combination of eating all these things and working out and keeping my muscles and my joints in shape, so that I can do what I do,” he said.

He added that island life also had a hand in his regimen: “I’d rather be outside and in nature than being cooped up inside a gym.” Kravitz officially resides in the Bahamas.

Lenny, 56, and J-Lo, 51, previously worked out at the same gym, yet according to reports, it appears their bond has gotten stronger since re-locating to the Dominican Republic for filming.

Jlo and Kravitz are currently filming the Lionsgate romantic comedy ‘Shotgun Wedding’ in the Dominican Republic.

Hopefully this movie requires a LOT of SHIRTLESS scenes so they can see his STUNNING BODY!

Pathologist report on Morris: He died from blunt force trauma 0