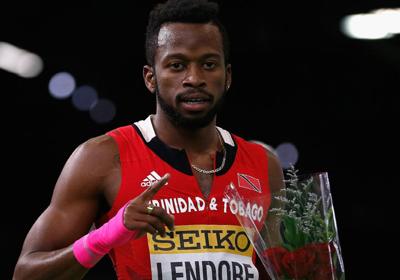 Deon Lendore is already part of the Trinidad and Tobago team headed for the Tokyo Olympics, and on Sunday, he showed his worth by bagging silver in the men’s 400-metre race at the Wanda Diamond League meet in Stockholm, Sweden.

Lendore, who ran out of lane 8, clocked a season best time of 44.73 seconds to finish second second.

Wining the race was 2012 Olympic men’s 400m gold medallist Kirani James of Grenada, who clocked 44.63, with Liemarvin Bonevacia of the Netherlands took bronze in a time of 44.80.

Following the race Lendore tweeted, “Coach Vince Anderson brought me back from the dead. He the GOAT!!! 44.73s ain’t close to the fastest in the world but it’s the fastest I’ve ran in years.”

NIB workers want their money and they want it now; threaten to slow delivery of pension cheques 0