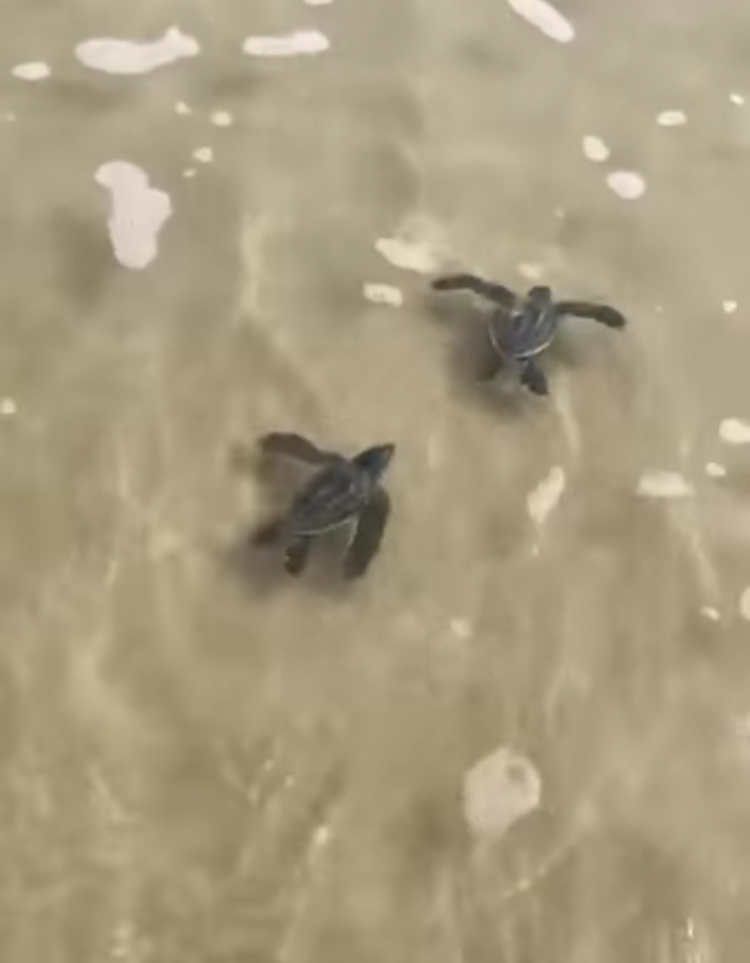 UdecoTT via their Facebook page, said the nest was being monitored by the Facility’s Maintenance Crew over the past weeks.

Leatherback Turtles are the largest sea turtle species and also one of the most migratory, often in search of jellyfish, which forms much of their diet.

Although their distribution is widespread, numbers of Leatherback Turtles have seriously declined during the last century.

They are named for their shell, which is leather-like rather than hard, like other turtles.

“Globally, Leatherback status according to IUCN (Union for Conservation of Nature and Natural Resources) is listed as ‘Vulnerable’, but many sub-populations, such as in the Pacific and Southwest Atlantic, are listed as ‘Critically Endangered’.”

Trinidad and Tobago represents the nesting site for the largest Leatherback Turtle population in the Northwest Atlantic and local Conservationist Groups actively engage to protect the species.