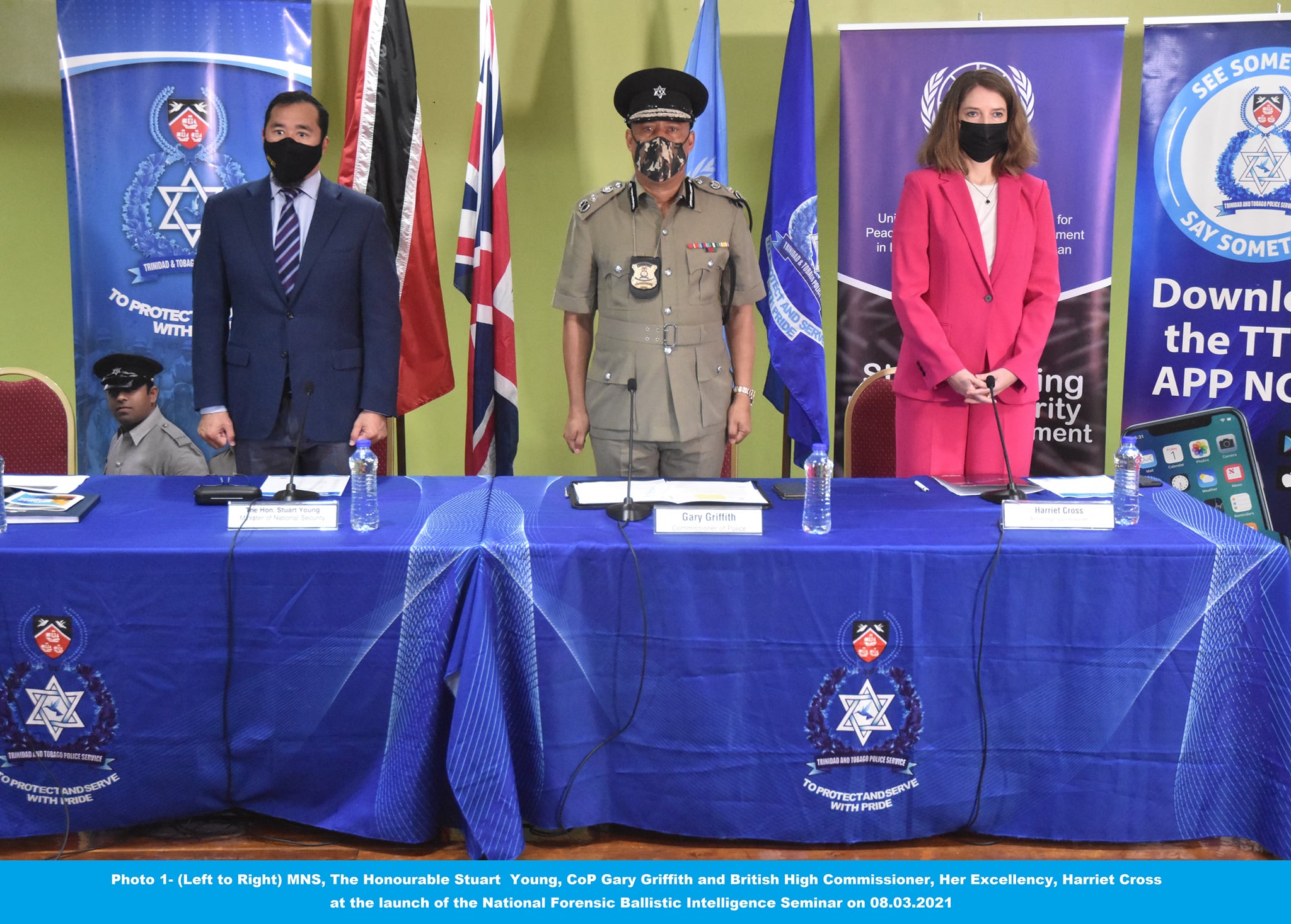 Executive and senior leadership personnel from varying arms of local law enforcement have been urged to make full use of the knowledge sharing opportunity and insights from ballistics experts.

A National Forensic Ballistic Intelligence Seminar, hosted by the United Nations Regional Centre for Peace, Disarmament and Development in Latin America and the Caribbean (UNLIREC), with the support of the British High Commission, was held on Monday at the Police Administration Building, Port of Spain.

Speaking at the opening ceremony, British High Commissioner, Her Excellency, Harriet Cross, noted that intelligence gathering at crime scenes and from firearms, coupled with strong operational structures, can result in successful investigations and prosecutions. She applauded Trinidad and Tobago for its commitments to the Caribbean Firearms Roadmap and ongoing efforts at cross-agency collaborations, which she says are key to delivering strong results and long-lasting change. 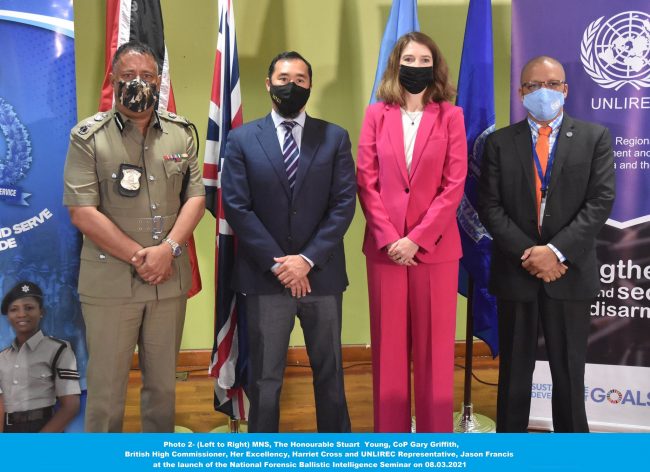 National Security Minister, the Honourable Stuart Young, who also delivered remarks, said he was pleased to see different components falling into place to give law enforcement the upper hand in investigating and securing convictions in firearm-related offences.

He said the recent opening of the Firearms Recovery Room in Cumuto, the graduation of forensic analysts who underwent a Firearm and Toolkit Training Programme, and the launch of the Crime Scene Simulation Facility at the Police Training Academy, were all steps taken to secure increased detection rates and convictions for firearm-related offences. Minister Young said the goal was the creation of a ballistics database that can help put criminals away for multiple gun-related crimes.

Commissioner of Police, Gary Griffith, lauded the timely hosting of the seminar, saying that steps are being taken to clear the backlog of over 7,000 firearm-related cases requiring forensic ballistics analysis. He thanked UNLIREC and the British High Commission for their continued assistance in bolstering local law enforcement’s abilities to bring criminals to justice for firearm-related offences.

Trinidad and Tobago meanwhile, was praised by UNLIREC Director Melanie Regimbal, for its regional leadership in law-enforcement. She said the training being offered on Forensic Ballistics Intelligence will positively impact investigations and reduce the threat of firearms and their proliferation in the Caribbean and Latin America.

Personnel from the Trinidad and Tobago Police Service, the Forensic Science Centre, the Strategic Services Agency and the Ministry of National Security’s International Affairs Unit, Office of Law Enforcement Policy are undergoing the one-day training course.

Xenophobia: 320 Nigerians to Take First Evacuation Flight Out this Week 0

Police arrest 12 and seize guns, ammunition and drugs in Operation Strike back in Maloney 0