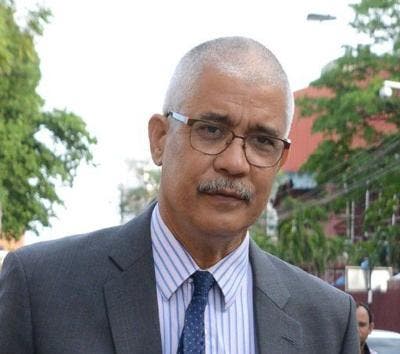 An open discussion is now being called for, in reference to the judiciary’s current policy of no in-person hearings at courthouses

The decision was made by the Chief Justice, as a precaution during the ongoing COVID-19 pandemic.

However, president of the Law Association of T&T, Douglas Mendes, SC, is now encouraging the Judiciary to engage in meaningful consultation amongst its members and with the Bar on the appropriate measures which should be adopted.

Mendes noted that the association’s executive council met on Saturday to discuss the issue and the public war of words on the issue which spilled into the public domain between Chief Justice Ivor Archie and outspoken High Court Judge Frank Seepersad, who is against the move.

Mendes noted, however, that the association was sympathetic to the justification for either position.

He said: “We are satisfied that while there is a difference of opinion among members of the judiciary as to the holding of in-person hearings at this point in time, the views expressed suggest they all have the interests of the public and the administration of justice at heart.”

Mendes noted that the council had also decided to hold discussions with Chief Medical Officer (CMO) Dr Roshan Parasram over possible health and safety measures that could be implemented to facilitate such hearings.