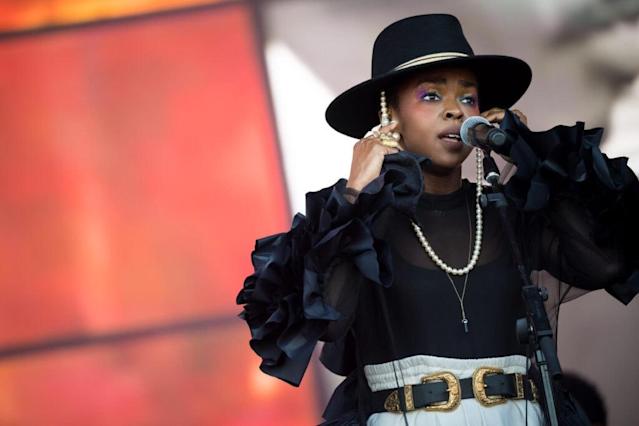 Lauryn Hill fans are rejoicing.
On a track from Nas’ new album, the hip-hop legend stuns with a rap verse on the song, “Nobody,” in which she raps about life, her career, and even her “lateness.”

Frequently listed as one of the greatest rappers of all time, Nas is back with King’s Disease II, a sequel album to his Grammy award-winning King’s Disease (2020). Winning Best Rap Album at the 2021 Grammys, that album got the rapper his first-ever Grammy, and if the initial reviews for King’s Disease II are any indication, Nas is getting ready to receive even more praise.

The album features guest verses from greats like Eminem, YG, and Charlie Wilson, but the feature that seems to be standing out among fans is one from Ms. Lauryn Hill. It’s been over two decades since the two artists collaborated together on a track. Hill appeared on Nas’ track, “If I Ruled the World (Imagine That)” in 1996.

In the new song from King’s Disease II, Hill closes out the track with an expansive verse that is catching fire on Twitter, with fans calling it “a return to form” for Hill.

The exciting feature is reminding fans exactly why Hill is recognized as one of the greatest rappers. Hill raps about the state of rap now, and all the talk about her in the media vs. what her actual reality is.

She raps, “All my time has been focused on my freedom now / Why would I join ’em when I know that I can beat ’em now? / They put their words on me, and they can eat ’em now. / That’s probably why they keep on tellin’ me I’m needed now.”

Fans immediately latched onto one of her cheekiest verses, in which she references her “lateness.” Hill has gained a reputation for consistently being late to her own concerts. Hill is here to tell you that her being late is simply the least of her worries.

She raps on the track, “My awareness like Keanu in The Matrix / I’m savin’ souls and y’all complainin’ ’bout my lateness.”

Shea Serrano, author of “The Rap Yearbook,” tweeted out, “lauryn hill showed up to the nas album ready to remind everyone there’s a crown on her head.”

Fans were so pleased to hear Hill rapping again, some were tweeting out how emotional the feature made them. One user wrote, “Nas got Lauryn Hill rapping in 2021…rapping rapping fr……my eyes teary man…” Another user responded, calling the feature, “…a beautiful moment for hip hop.”

Other users simply celebrated the collaboration by calling them the GOATs of the genre (Greatest of all time). One account tweeted out a picture of two goats and simply wrote, “Nas & Lauryn hill on nobody.”