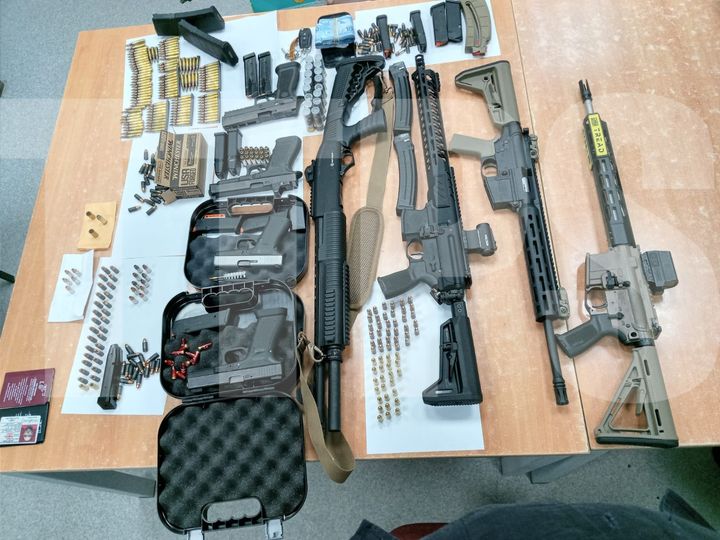 A traffic stop led to the seizure of a large quantity of illegal firearms and ammunition on Saturday 28th August, 2021.

Around 4:35 pm yesterday, while conducting road checks along the Churchill Roosevelt Highway on the east-bound lane, Maloney, officers attached to the Cumuto Highway Patrol stopped and searched a white Ford Ranger vehicle. During the search the officers found one Glock 45 pistol, one Glock 17 pistol, one Glock 43x pistol, one Sig Sauer P320 pistol, one Sig Sauer MPX semi-automatic submachine gun, together with an assortment of ammunition. The driver of the vehicle, a 29-year-old man from Tunapuna, who is the holder of Firearm User’s Licence (FUL) had exceeded the authorized amount issued.

The discovery of these guns and ammunition led to a search warrant being executed at the driver’s home in Tunapuna, where one shotgun, one rifle .22 calibre, one rifle 5.56 calibre, together with an assortment of ammunition which also exceeded the authorized amount which was issued. Police took possession of the firearms and ammunition.

The driver was arrested and is assisting investigators.

Dr. Rowley: No anti-media restriction in the Government 0

Trade Union Movement Expresses Fear And Objection To The Government’s Decision To Extend The State Of Emergency. 0