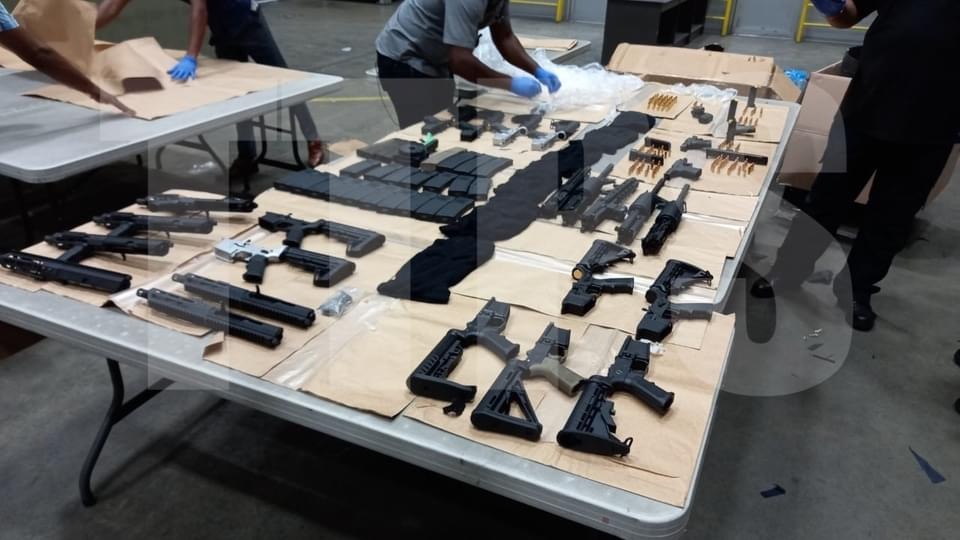 Large cache of arms and ammo seized at Piarco Bond

Police and Customs made a major discovery of high-powered guns, ammunition, and equipment during a raid at a Bond at Piarco International Airport, last night. 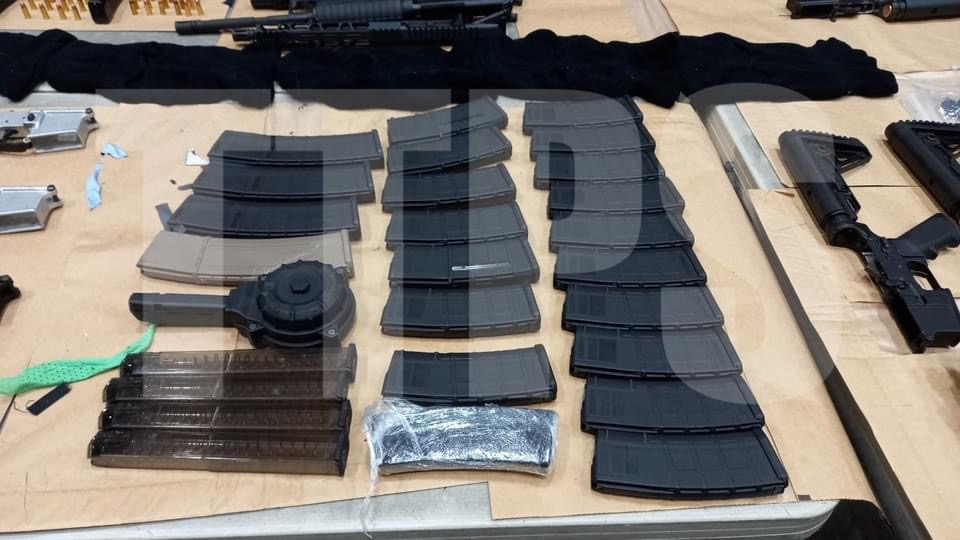 According to reports, sometime around March 15th, 2021, police received information from their international partners to be on the lookout for the importation of arms and ammunition entering Trinidad and Tobago. 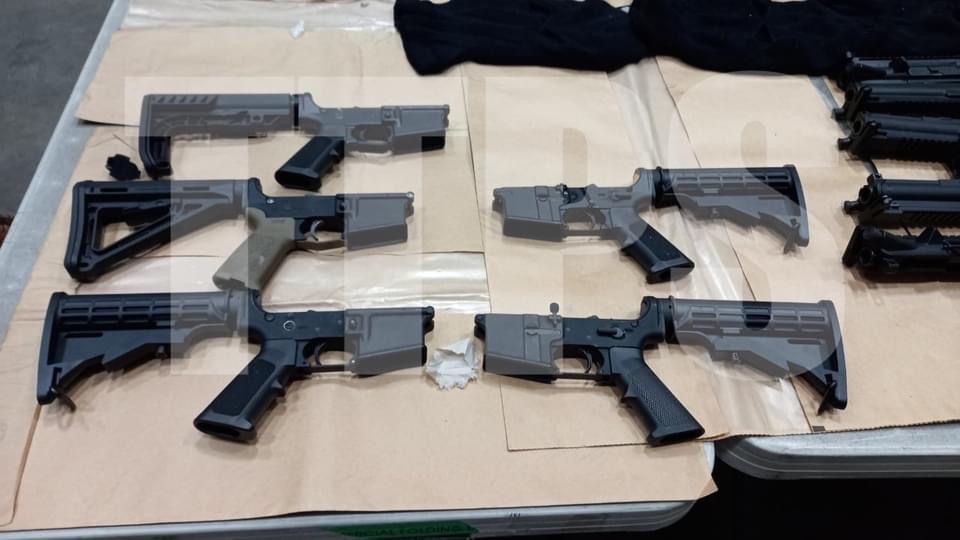 On April 20th, further information was received and a package was identified at the Bond. On April 22nd, an operation was carried out at the Bond, involving officers of the Customs and Excise Division, the Special Investigations Unit (SIU), and the TTPS Crime Scene Unit.

During the search of the package, the team discovered a large quantity of high-powered weapons, pistols, various assortment of ammunition, police sirens, police blue lights, bullet-proof vests, and magazine holders.

WASA To Employ Services Of Private Contractors To Fix Leaks 0