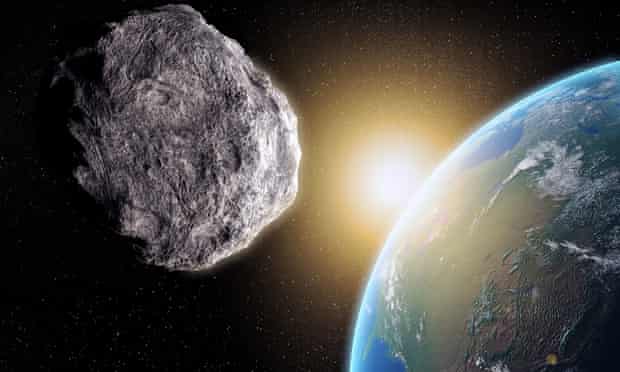 A large asteroid is expected to pass within 4.5 million miles of the Earth on Tuesday, a measure that’s nearer than 20 times the distance between here and the moon.

The asteroid, called 2021 KT1, measures about 600 feet, which is about the size of the Seattle Space Needle, according to NASA’s Jet Propulsion Laboratory.

The asteroid is classified by NASA as a “potentially hazardous object” because it’s larger than 492 feet and is expected to pass within 4.6 million miles of Earth.

Two smaller asteroids are also expected to pass close to the Earth on Tuesday. One the size of a bus (about 23 feet) will come within 181,000 miles, the JPL says. The other, about 70 feet, will pass within about 700,000 miles.

NASA projects that two other small asteroids — both about the size of a house — will pass on Wednesday. One will have a closer approach, about 1.9 million miles, but neither are potentially hazardous.

Asteroids are defined by NASA as rocky fragments left over from the formation of the solar system 4.6 billion years ago. They generally orbit the sun, but sometimes the gravitational pull of the planets causes one to change course.

Smaller asteroids pass between Earth and the moon’s orbit several times each month, according to NASA.

Judiciary workers stage silent protest outside of the Hall of Justice, during the Opening of the new Law Term 0