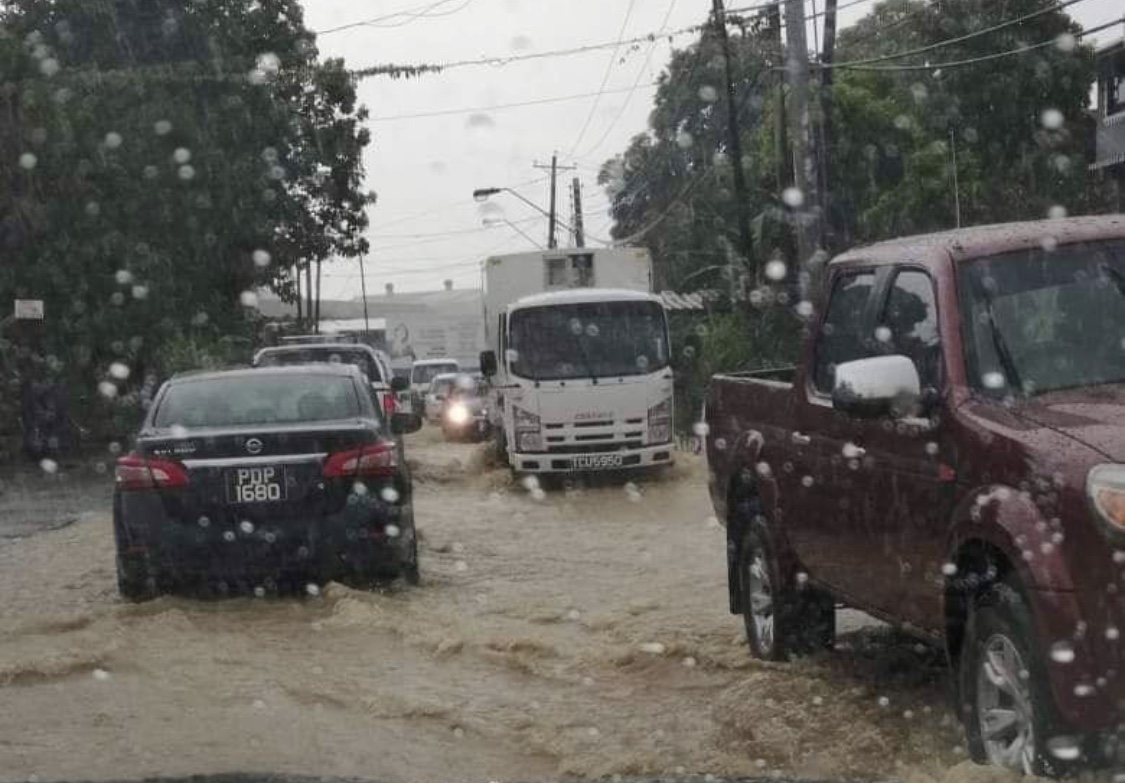 Residents of La Paille Village in Caroni were on the street on Wednesday ramping up their public protests against what it describes as the unresponsiveness of the Ministry of Works and Transport to respond to their repeated pleas for help to prevent what they describe as an imminent flooding disaster.

Carrying placards, the protestors walked in an orderly fashion along the Southern Main Road and converged on the Silver Bridge Round-About, where they were addressed by Member of Parliament for Chaguanas West, Dinesh Rambally.

The protest took vehicular traffic on the normally very busy highway in peak morning hour with many motorists honking their horns in support of the villagers and were accommodating in slowing down to allow the marchers to proceed unhindered.

MP Rambally said if the latest protest does not bear fruit, more extreme measures will be considered to bring to attention the gross neglect and disrespect shown to ordinary people who pay taxes, observe the law and are denied basic services which the Government is obligated to provide.

Imam calls for bias against Muslims to stop 0