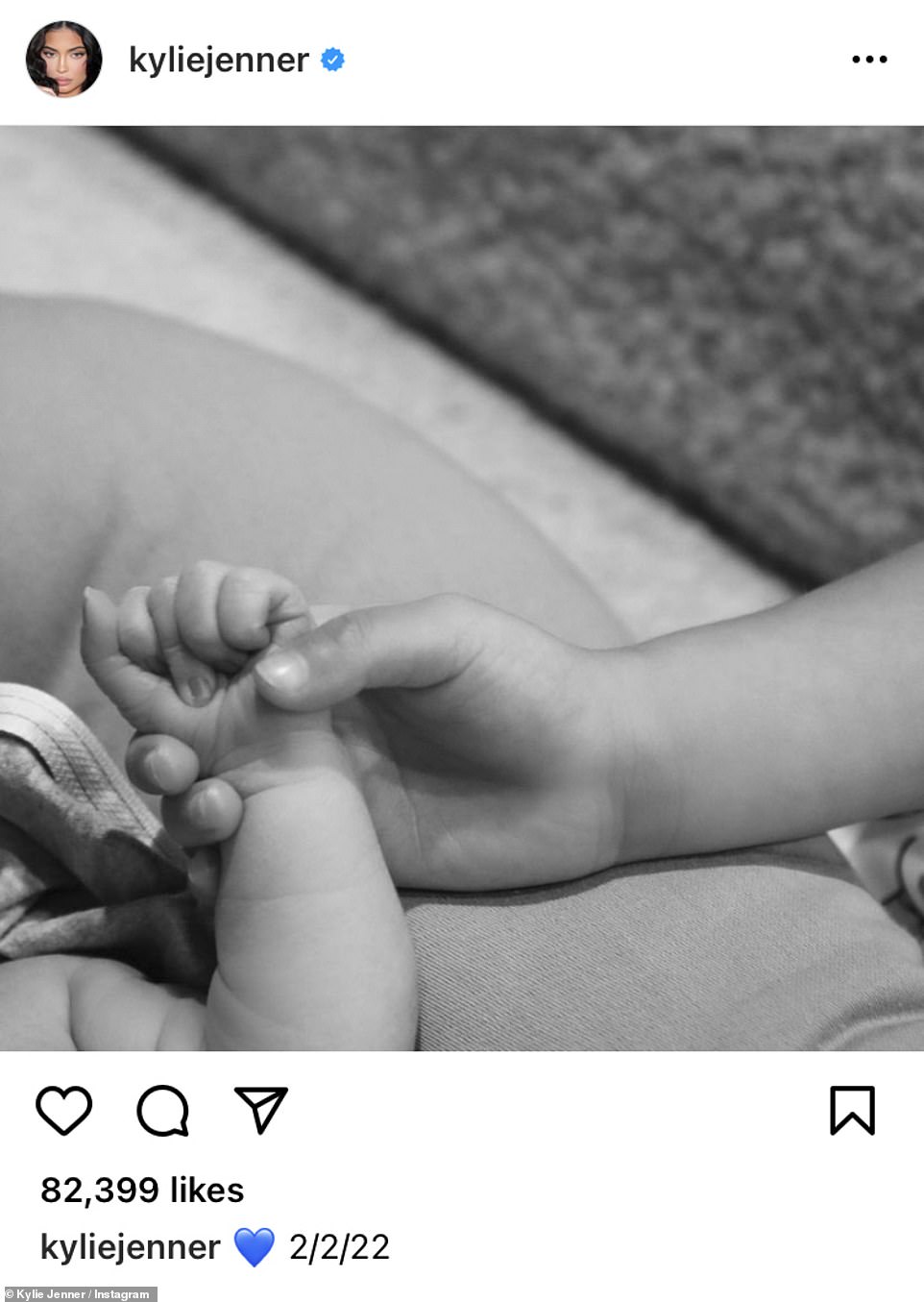 Kylie Jenner is officially a mother of two!

Jenner shared a black and white photo of her newborn’s hands holding what seems to be big sister Stormi Webster.

She captioned the post with her baby’s date of birth, “2/2/22” – just one day after Stormi’s fourth birthday – and added a blue heart emoji.

Scott replied in the comments section with a blue heart and several brown hearts.

Meanwhile grandmother Kris Jenner confirmed that Kylie’s new baby is a boy by writing,  “My beautiful grandson! God is so good.”