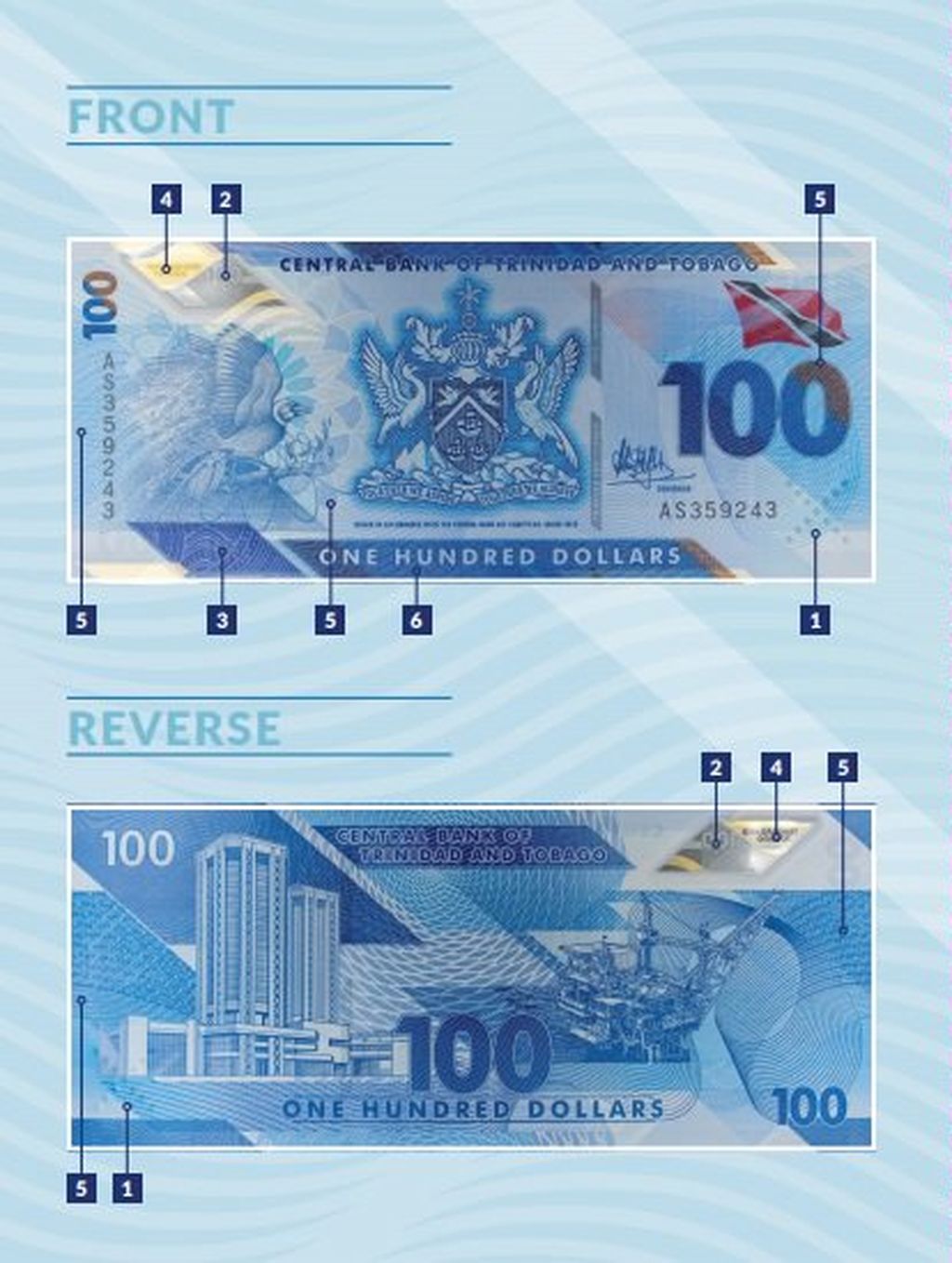 Know what to look for on the real polymer $100 bill

Since a video surfaced on social media showing copies of the counterfeit polymer $100 bills, many have questioned whether or not the bills can indeed be used to stop money laundering and other suspicious crimes.

Minister of National Security Stuart Young has assured the public that the note’s security features are difficult to copy while Gregory Aboud, President of the Downtown Owners and Merchants Association (DOMA) agreed that duplicating the note is not as easy as it seems.

Still, the Central Bank of Trinidad and Tobago (CBTT) released a video which details the features citizens should look for to ensure the bill is genuine.