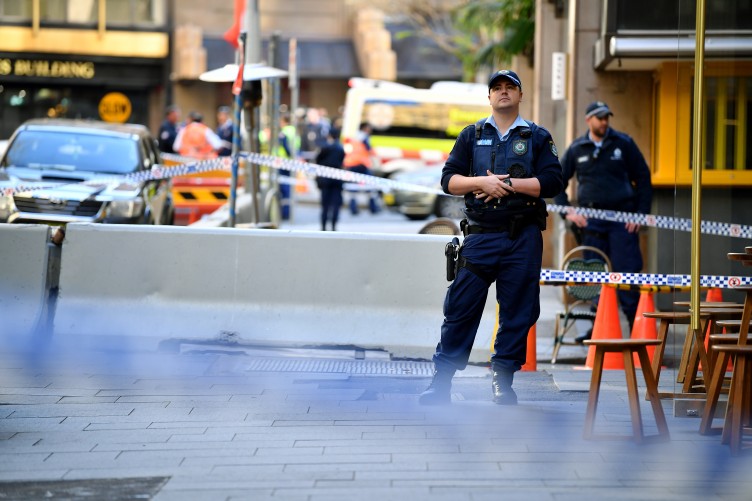 A man went on a stabbing rampage in the Australian city of Sydney Tuesday, killing one woman and wounding another bystander.

According to the Sydney police report, the 21-year-old-man was restrained by several people who witnessed him stab two women on Tuesday morning.

The 21-year-old man, who police did not name, was carrying a knife and a computer thumb drive containing information about deadly attacks in North America and New Zealand, police said.

But he did not appear to be acting for any terrorist groups and the attack was not being treated as terrorism, police added.

A 21-year-old woman was found dead in an apartment building and a second woman, 41, was taken to hospital with a stab wound to her back. She was in stable condition, police said.

They did not say how the first woman died but said the man was responsible for both attacks. There was no apparent link between the two women.

Police were investigating a home about 32 km (20 miles) west of the city where the young man lived with his parents.

The man was in custody and expected to be charged with homicide, assault and, depending on the outcome of the investigation, potential terrorism offenses, Fuller said.

“The guy had blood on his shirt. He was screaming, holding a knife in his hand, and running up a car just in front of us,” Japanese tourist Aya Yamada told the BBC.

“Another guy with a chair and some firefighters were chasing him. I was in the car with my husband and friends, and could run away immediately.”

“The attacker is now in police custody following the brave actions of those who were present at the scene and were able to … restrain him,” he said.

This is how Sydneysiders respond,” he said. “If you want to behave in this sort of manner, if you want to put life and property at risk, it’s not just the police who will respond.”

Citizens Urged To Be Ambasadors Of Covid-19 Vaccination. 0