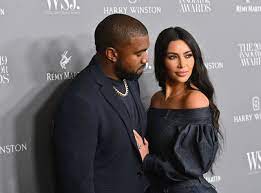 The split between Kanye West and Kim Kardashian has been a storied one, with some of the elements playing out on the final season of ‘Keeping Up With The Kardashians.’ While there have been rumors and mixed opinions about why the couple split up, Kim addressed her reasoning behind the decision to file for divorce during a reunion special for her family’s show.

While speaking to Andy Cohen, Kim said, “ Honestly don’t think I would even say it he on TV but it’s not one specific thing that happened on either part. I think it’s just a general difference of opinions on a few things that led to this decision.” While Kardashian did not express her thoughts about the “difference of opinions” in detail, it is assumed that Kanye’s polarizing 2020 presidential run played a part in driving a wedge between the two in their marriage.

From there, Kim expressed love for Kanye and their friendship, saying, “We have an amazing co-parenting relationship and I respect him so much and I think we’ll have– you know, that was my friend first.

First and foremost, for a long time.” Take a look above.