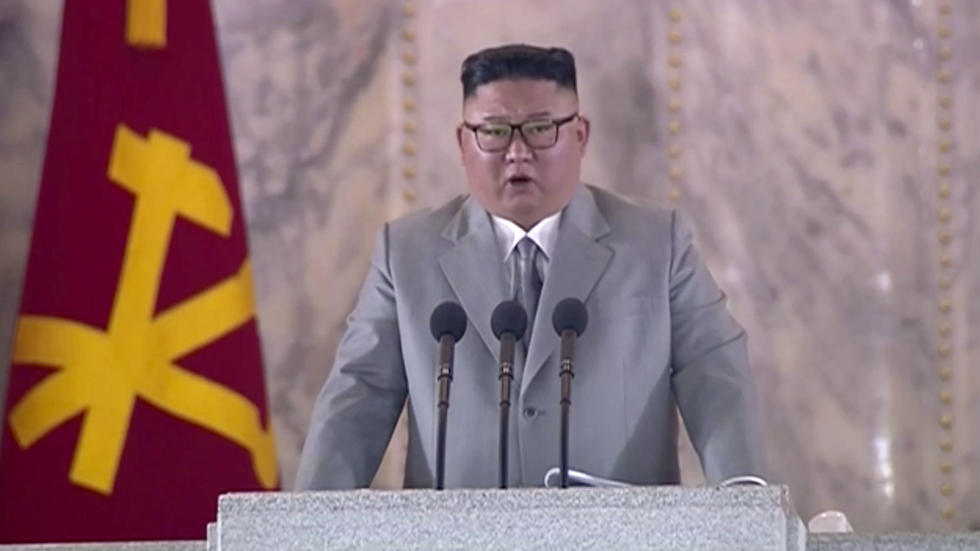 Last Saturday was a big festivity in the North Korean capital. With the military parade, the 75th anniversary of the Labor Party was celebrated and dictator Kim Jong-un gave a televised speech.

It is during this speech that the dictator does something extremely rare. He apologized.

“Our people have given us their trust, as high as the sky and deep as the sea, to me, but I have failed to always live up to this in a satisfactory way,” he said, according to a translation by the Korean Times, writes The Guardian . “I’m really sorry for just that, said Kim Jong-un.

Afterwards he took off his glasses and wiped away the tears. Analysts believe this is a sign of the pressure he is under. The North Korean leader continued to refer to his father and grandfather.

The Guardian points out that although the military parade showed off a new ballistic missile, the dictator spent most of his time showing sympathy with the country’s citizens.

Trade between North Korea and China has fallen dramatically as a result of border closures due to the pandemic. North Korea continues to insist that it has not registered a single case of the Corona virus.

It is important to look at why he sheds tears on such a day. Under his message, it is possible to sense that Kim feels pressure on his leadership, says Hong Min, who is head of department at the Korean Institute for National Assembly.

Kim Jong-un also took the time to make it clear that he would mobilize the country’s nuclear arsenal if they were threatened, without mentioning who might be threatened.

Call made for forensic audit into TSTT 0