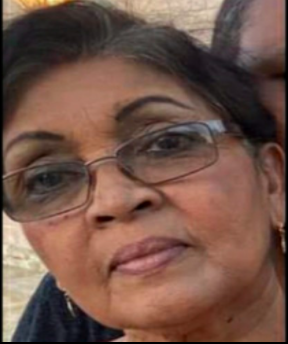 Mary Ali, the mother of businessman and Coss Cutters owner Anil Ali, has been found alive.

According to a release from the police service, the 67-year-old woman was rescued by officers of the Anti-Kidnapping Unit (AKU) around 6:20 a.m on Saturday.

The woman, who appeared to be severely dehydrated, was taken to seek medical treatment at the Sangre Grande Hospital.

The rescue comes following several joint intelligence-led exercises by officers of the Anti-Kidnapping Unit (AKU) and the Sangre Grande Criminal Investigations Department (CID) over the past 48 hours.

The victim was found along a road at Smart Village, Manzanilla.

The case is currently being investigated.

On Thursday, Coss Cutters posted a notice to their Facebook page informing the public that a reward would be offered for valid information leading to Mary’s recovery.

Mary was kidnapped on Wednesday morning around 7:45a.m.

She was about to enter one of the company’s stores on George Street when the kidnappers overpowered her security guard, snatched her, and escaped in a waiting car.

The Sangre Grande Chamber of Commerce thanked the public for their support and prayers in locating Ali.