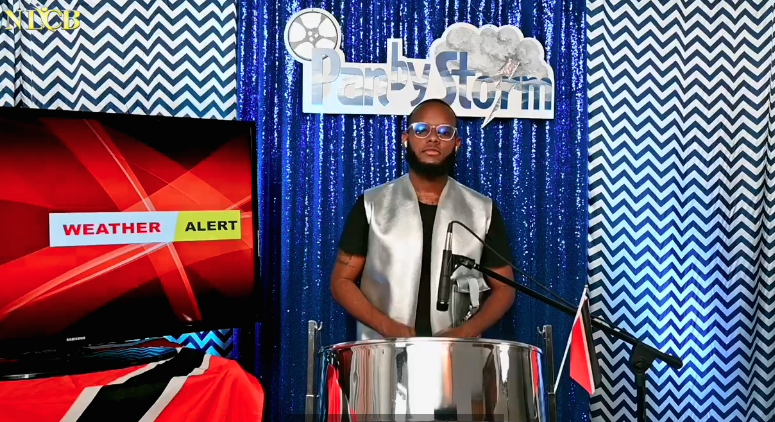 Keishaun Julien of Trinidad and Tobago has been crowned the 2021 NLCB PanoGrama champion.

Julien, beat nine international competitors during the virtual event last night, after he paid homage to the late Ken ‘Professor’ Philmore with his selection ‘Pan By Storm’ which was originally sung by Designer.

Saturday’s finale was the culmination of three rounds of intense competition over several weeks, in what was dubbed ‘The World Cup of Pan,’ and izzso was very impressed with the calibre of performances.

The 2021 PanoGrama champion steelpan musician gets a prize package worth about USD $6,000.00 in total. This includes USD $1,000.00 in cash, an all-expenses-paid trip to Canada to perform with Sons of Steel, a private virtual session with world-renowned panist Victor Provost, an Augustus Peters Steelpans Chrome Low C Tenor Pan Package – plus the appearance fee.

Appearing in position seven, Julien had a weather alert advisory as part of his backdrop, and while he dropped his musical melodies, the weather advisory warned that he intended his nine fellow competitors to be his storm′s “victims,” which they were, in the end.

The second place prize of USD $800.00 went to another son of the soil, Dejean Cain, who played Gloria Estefan′s ʽConga′. Beside the money, he also gets a virtual one-on-one session with pannist Victor Provost, who was one of the judges.

TT also copped the third prize of USD $500.00, which went to Tyeesha Alexander, with her delivery of Dizzy Gillespie′s ʽA Night In Tunisia.′

Defending champion Earl Brooks, Jr, with The Stylistics classic ʽPeople Make The World Go Round’ had to sett for the fourth place while copping fifth place was Mathieu Borgne of France.
Borgne had led in the preliminary and semi-final rounds, but had to relinquish his lead in the finale.

Here is a look at the results: 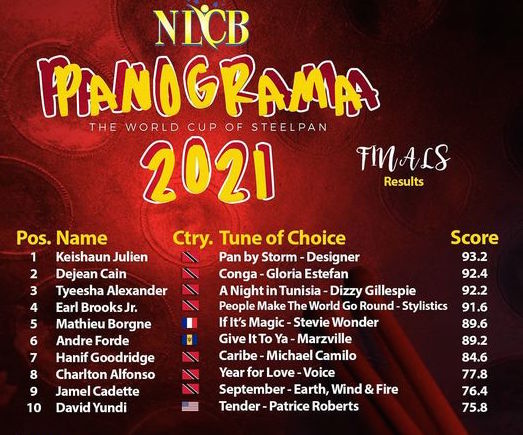