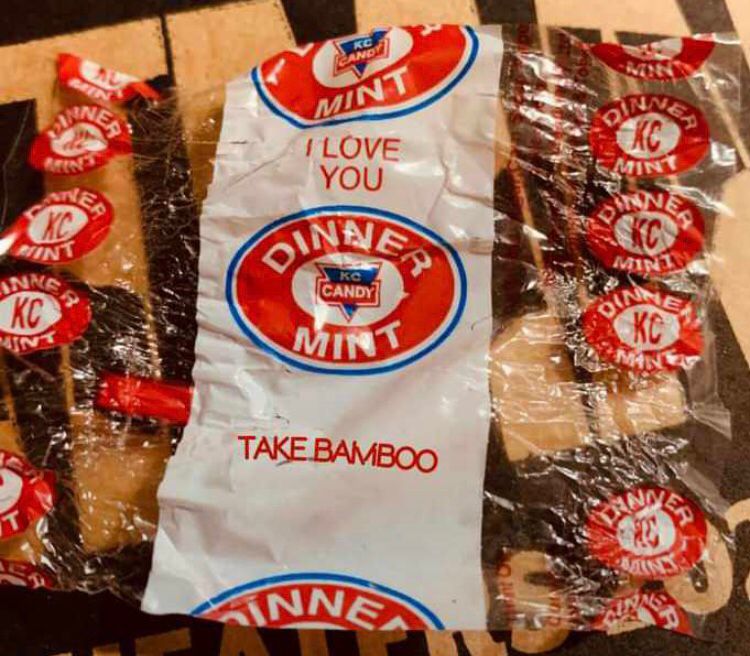 K.C. Confectionery Limited who is one of the largest confectioners in the Caribbean region is not on board with one of T&T’s trending Soca songs ‘ Take Bamboo’ by Melick and Boogy Rankss which was released in October, 2021.

The artistes in another interview said the song is not a derogatory song but it was written to match the riddim, which was sent by Boogy Ranks, as the name of the riddim is “Tek Bamboo”

However during Valentines Day celebrations, the KC mint wrapper meme began circulating on social media with the prints, “I love you” on one end and “Take Bamboo” on the other; this did not sit well with KC Confectionery.

KC issued a release this afternoon highlighting that the company in no way condones the message on the meme as they are a family oriented organisation. 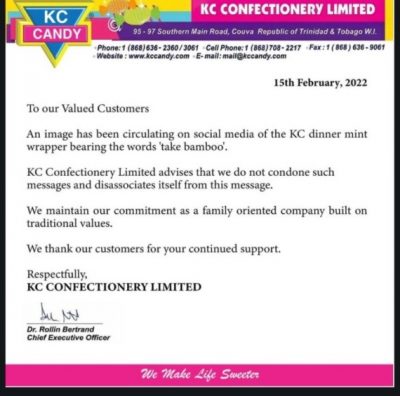