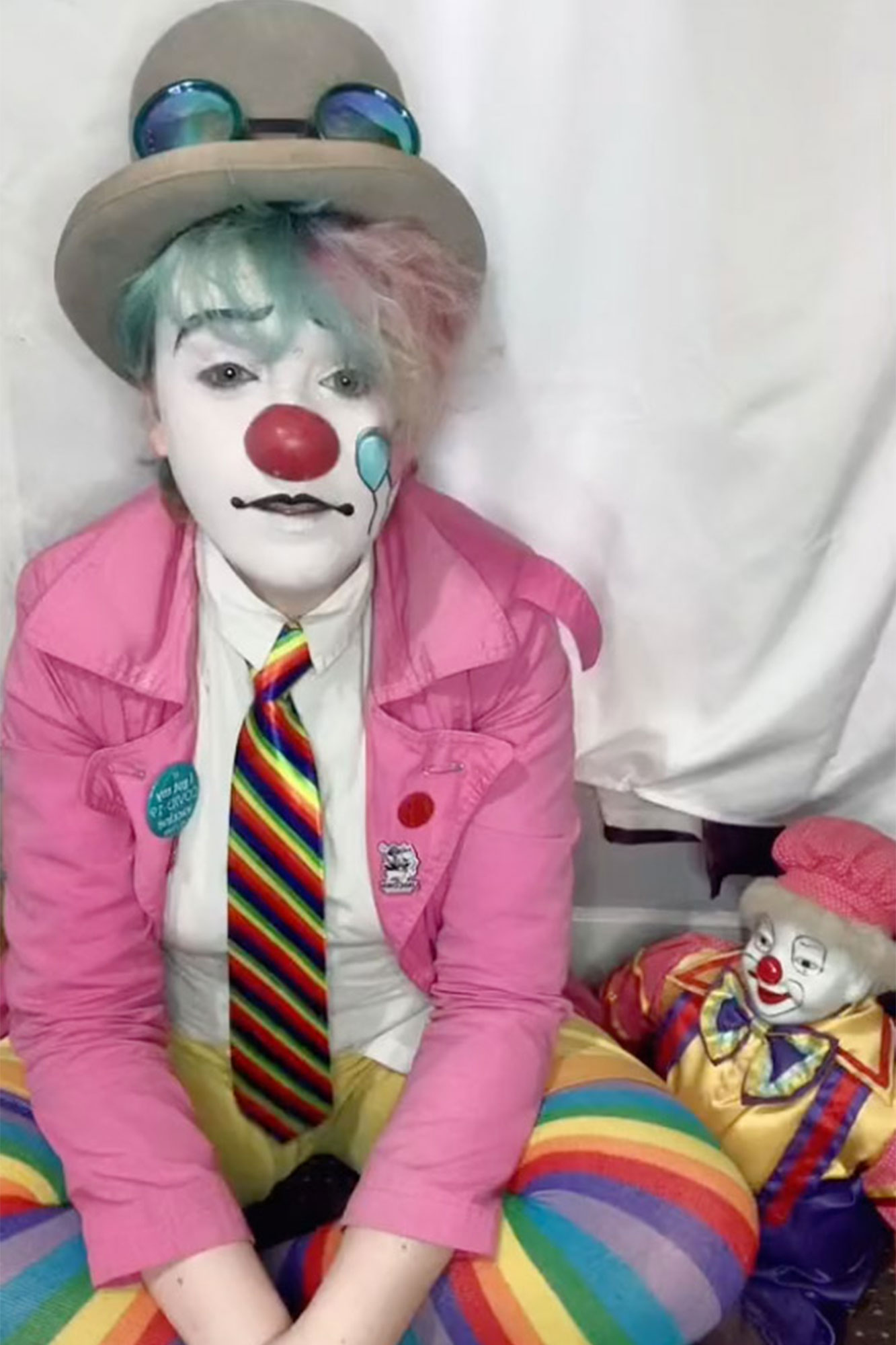 A woman dressed in a clown suit was looking to match with her perfect “clown man” on Tinder – However she was booted off the app for violating Tinder’s terms and conditions.

Apparently, the app believed she was advertising her work when really she was searching for the right soul mate.

Jess Harkin, 25, also known as Kazoo the Clown, was banned from Tinder after three months of using the dating app.

Kazoo found meaningful connections and used the dating app to connect with singles and have a laugh.

Tinder cited “activity that violates our Terms of Use,” suggesting she was using the app to advertise herself.

The Ireland native responded to the ban, “How am I going to find a clown man now? I’ve seen girls with more makeup than this.”

In a quest to find love, she enjoyed making others laugh. Her bio reads, “I heard you were ‘just looking for fun?’ Well, pal, the party has arrived! Where can I set down this birthday cake and chocolate milk?”

Kazoo’s fans came quickly to her defense after finding out she was banned from the dating app. They call it “anticlown discrimination.”

Harkin used the app during the pandemic to meet people and find work since she works in the real clown business. The pandemic paused her usual mingling at the circus, so she turned to Tinder.

Montano given keys to the city of POS 0

Stolen vehicle recovered in La Romain by the TTPS 0

Mask mandate back among other temporary measures, as UK targets new Covid strain 0