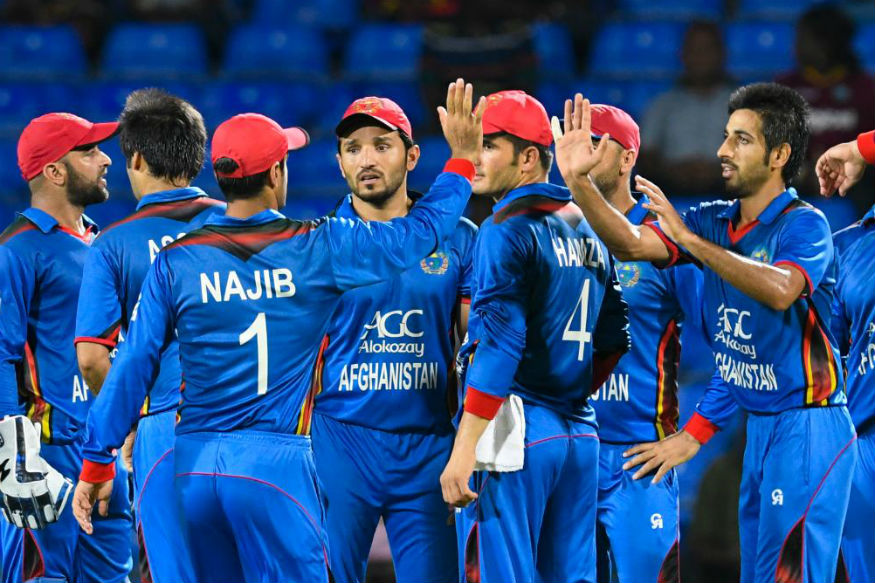 West Indies were floored by an exceptional spell from seamer Karim Janat and crashed to a 41-run defeat to Afghanistan in the second Twenty20 International on Saturday, turning today’s final match into the critical series decider.

Chasing a straightforward target of 148 at the Atal Bihari Vajpayee International Stadium, West Indies found themselves pegged back early and limped to a disappointing 106 for eight from their allotted overs.

Only wicketkeeper Denesh Ramdin, who laboured 27 balls over an unbeaten 24, managed to pass 20 as West Indies never recovered after finding themselves meandering on 45 for four at the half-way stage.

Janat, in his first game of the series, proved sensational with a spell of five for 11 from his four-over quota.

The 21-year-old entered the attack in the eighth over and accounted for the key wickets of Shimron Hetmyer (11), opener Evin Lewis (14) and captain Kieron Pollard (7) in a terrific display of fast bowling.

Seamer Kesrick Williams had earlier maintained his excellent form, snaring three for 23 from four overs as Afghanistan, choosing to bat first, stumbled their way to 147 for seven off their 20 overs.

Hazratullah Zazai and Janat both struck 26 while Gulbadin Naib chipped in with 24 but Williams and fellow pacer Jason Holder (2-23) combined to hurt the innings.

West Indies were on the backfoot early as Zazai blasted three fours and a six in a 15-ball cameo, posting 42 off 26 balls for the first wicket with Rahmanullah Gurbaz (15) to put his side on top.

But Williams intervened, removing both off successive deliveries in the fifth over – Gurbaz caught on the second attempt in the deep by Pollard and Zazai carving a slower ball to Brandon King at point.

Holder, whose first over leaked 16 runs, followed up with key strikes as Afghanistan slumped to 97 for six in the 15th over. However, Naib struck two fours and a six in an 18-ball knock, pairing with Najibullah Zadran (20 not out) in a 44-run, seventh-wicket partnership to get their side to a competitive total.

In reply, the warning signs were there when West Indies crawled to 17 from the first 23 deliveries and then lost King (12), bowled on the backfoot by an inswinging slower ball from seamer Naveen-ul-Haq.

The left-handed Hetmyer lasted 14 balls before being adjudged lbw to Janat in the eighth over and Janat then struck twice in the 10th over to turn the game on its head. First, he claimed Lewis skying to Ibrahim Zadran at long-on after the left-hander counted two fours in a 22-ball inning, and then found Sherfane Rutherford’s (6) edge for wicketkeeper Gurbaz to complete a straightforward catch.

With 103 runs required from the last 10 overs, a special innings was required from Pollard (7) but Janat brought one back sharply to hit the right-hander in front in the 12th over, and increase the Windies turmoil.

Jason Holder arrived as West Indies’ last genuine hope of staging a late comeback but struck two fours in 13 before missing a charge at leg-spinning captain Rashid Khan, and going stumped in the 15th ov