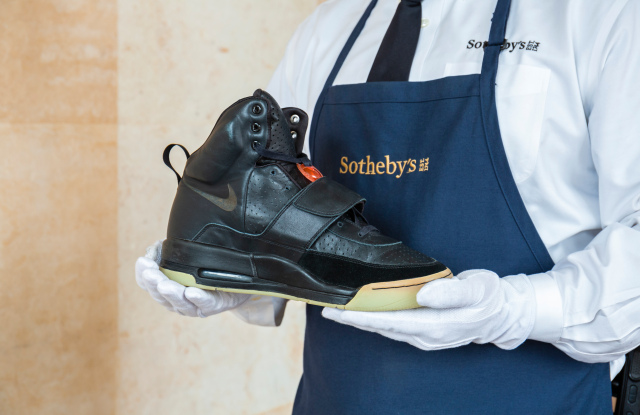 A pair of Nike Air Yeezy’s have set a new record for an auction house after being sold for $1.8 million.

Previously, the company set a historical record last year when it sold the most expensive shoe ever. This year it’s topping itself after it sold the Nike Air Yeezy 1 “Grammy” sample for $1.8 million to investing platform Rates.  Sotheby’s bought the shoe earlier this year and then made it available to consumers through a private sale. The company believed the shoe would reach a sell value in the $1 million range.

This house also set a record when it sold an original pair of Air Jordan 1 High “Chicago” shoes for $560,000. The shoes were worn and signed by Michael Jordan. The pair of Nike Air Yeezy 1 was made exclusively for Kanye West in 2008. The artist went on to what them during his 50th Annual Grammy Music Award performance in February 2008.

“We are thrilled to work with Sotheby’s on this acquisition,” says Gerome Sapp, CEO, and Co-Founder of RARES. “Our goal in purchasing such an iconic shoe—and a piece of history—is to increase accessibility and empower the communities that birthed sneaker culture with the tools to gain financial freedom through Rares. We look forward to working with Sotheby’s to continue to identify rare finds that will help elevate, preserve and uphold sneaker culture.”