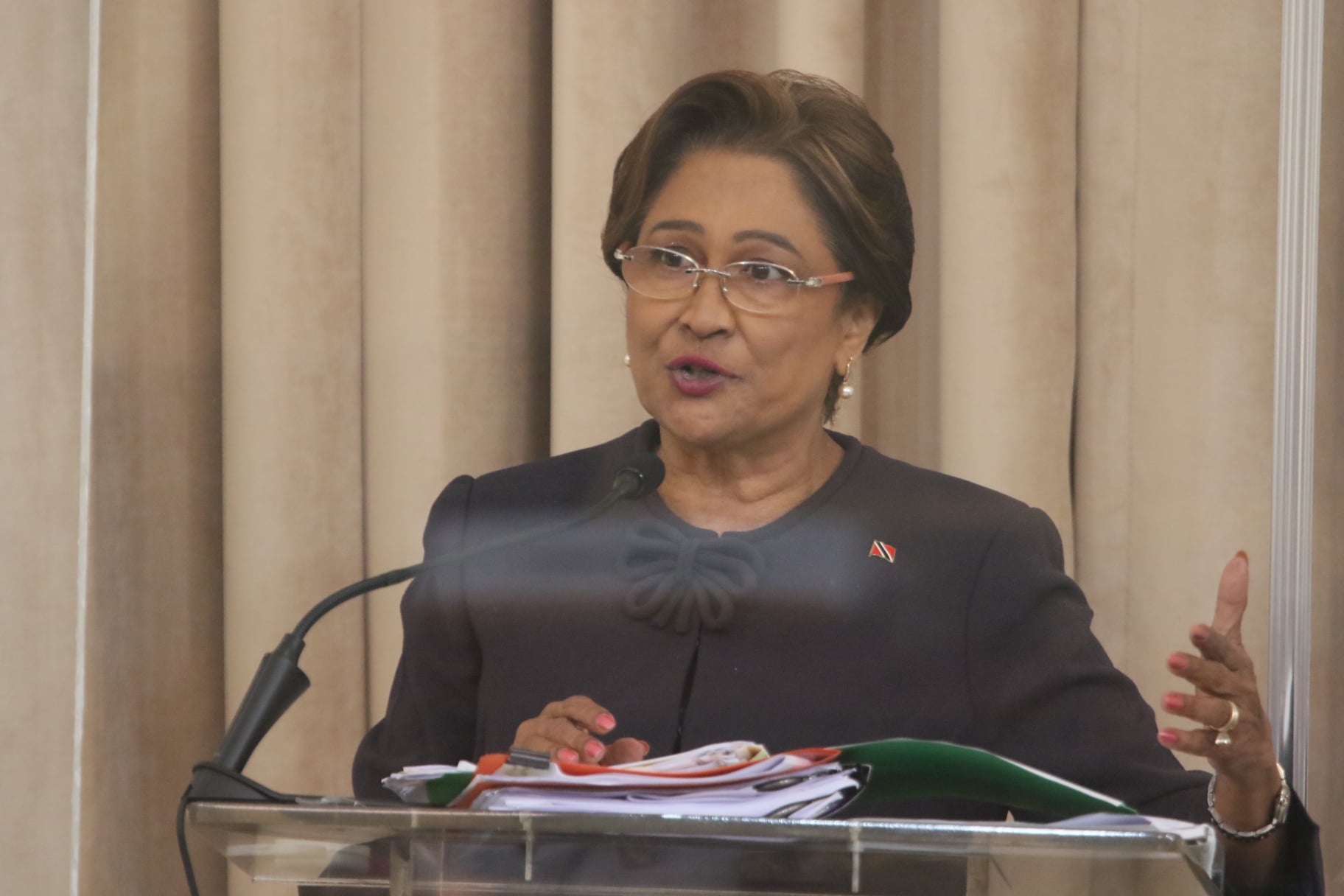 Opposition leader Kamla Persad-Bissessar has described as disturbing and worrying, the latest attempt by the Rowley regime to hide the grim economic reality facing our nation by distorting Trinidad and Tobago’s recent sovereign credit rating by the agency Standards and Poors (S&P).

According to her statement: Last year, Keith Rowley shamefully attempted to dismiss the S & P downgrades by saying we “just lost a plus”, trivializing the precipitous fall in our Sovereign Credit ratings, which act as an essential barometer by which investors determine the creditworthiness of a country.

A rating of BBB- is one notch above official Junk status. This is how far our nation has fallen under the PNM. That “plus” Rowley trivializes took T&T decades to attain, representing over 10 years’ worth of economic improvement and development.

To be clear the S & P economic indicators highlight these downgrades started a full THREE YEARS BEFORE the covid -19 pandemic. Essentially these successive downgrades indicate that decades of economic progress have disappeared in just 4 years under the PNM’s gross mismanagement

It should be noted that only last week, we learnt that Trinidad and Tobago has the worst Foreign Direct Investment profile in the Caribbean, lagging even Haiti.
What is truly disturbing is that despite the sound of these economic alarm bells ringing this PNM government continues to bury its head in the sand.

The statement by the Minister of Finance praising the recent S&P rating saying it “validates” the government’s policy is beyond belief. S&P gives T&T a ‘Negative” outlook saying there is “one in three chances” of a further downgrade within 12-24 months.

Either it is the policy of this PNM government to deliberately destroy our economy, or the Minister of Finance is no longer of sane and competent mind to conduct his duties.
A characteristic of totalitarian regimes is the propensity to lie and manipulate data for their own ends. It appears the PNM is more focused on propagating their own fantasies than dealing with our dire economic reality.

Businessman tests positive for Covid, but says MoH has yet to contact him 0