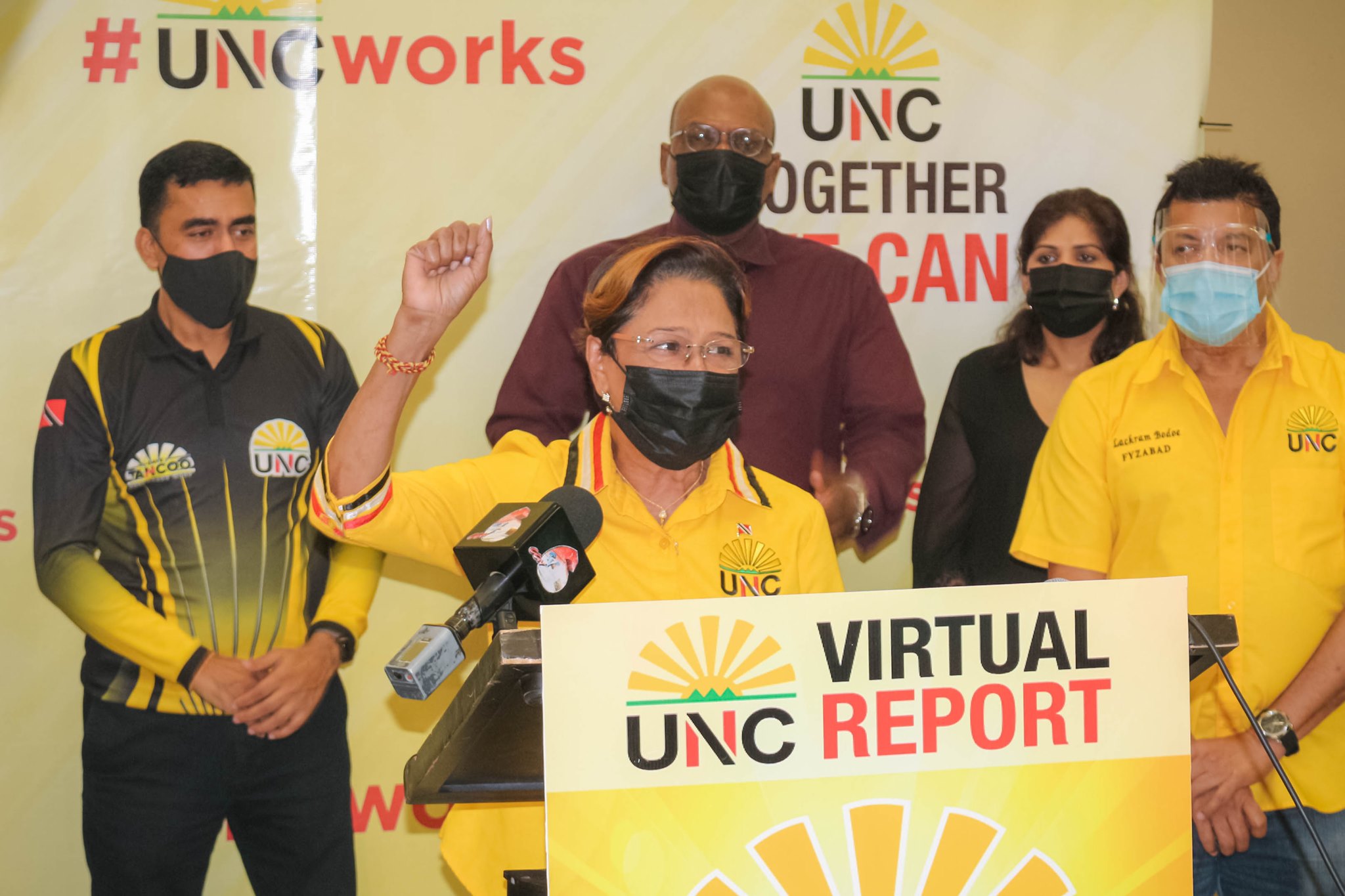 Opposition leader Kamla Persad-Bissessar said UNC grabbing the Arima Central district away from the PNM in the local government bye-elections has left them strengthened.

Besides snatching Arima away from the ruling party, the UNC also retained the Cunupia and Hindustan/St Mary’s districts.

Persad-Bissessar, speaking to supporters last night, said the bye-election results would help the UNC go into the House of Representatives “fortified and strengthened” to debate a no-confidence motion against National Security Minister Stuart Young.

She said the UNC had won with more votes in the seats than it did before.