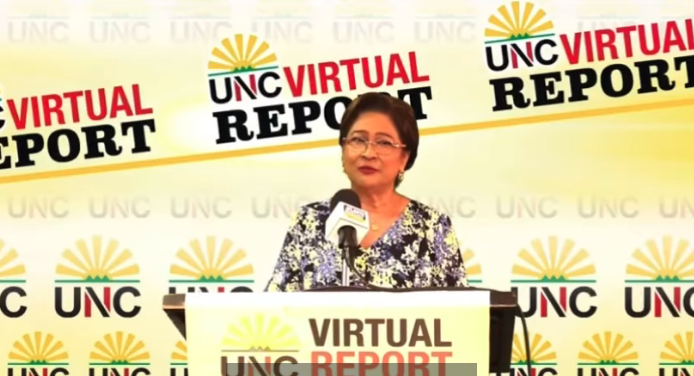 Opposition leader, Kamla Persad-Bissessar said “The Government is attempting to manipulate and politicize the process of appointing a Commissioner of Police.

Speaking at the UNC’s virtual meeting on Monday night, Persad-Bissessar pointed out the ways in which she believed they were do so.

She said:
1. They will be removing the need for an independent selection firm to evaluate applicants.
2. By forcing the Police Service Commission to submit not only the top ranked candidate for the position, but all.

According to Persad-Bissessar, “What this government is trying to do is to force the Commission to nominate all persons on the merit list and prevent the Commission from nominating who the Commission thinks is best suited for appointment.”

WATCH Persad-Bissessar as she makes her point: