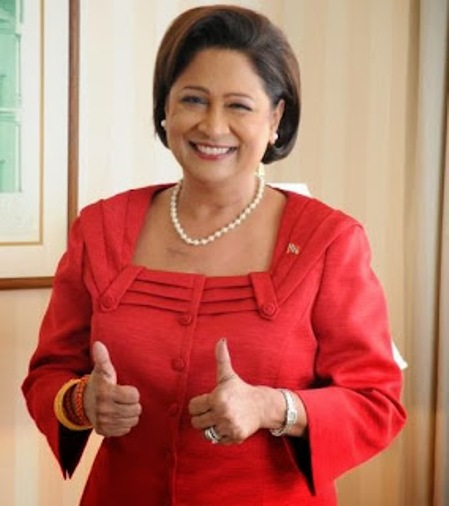 Obika is a current Opposition Senator and will contest the Point Fortin seat. He will hope to remove current MP for the area Edmund Dillon.

Persad-Bissessar called Obika a son of Point Fortin adding, “He has emerged from service to the people and is committed to  the development of all the citizens of Trinidad and Tobago.”

Benjamin, on the other hand, is serving her second term as Councillor for Hindustan/St. Mary’s and will contest the Moruga/Tableland seat. She will hope to take the seat from current MP Dr. Lovell Francis.

Persad-Bissessar said, “(She is) vibrant, educated and motivated, Michelle plans to work to implement positive changes that will rejuvenate the lives of the people in her community.
Ms. Benjamin intends to represent every segment of the electoral district with accountability, integrity, fairness and without fear or favour.”

Persad-Bissesar said as the country prepares for its own elections, she is concerned about what is taking place in Guyana with the election results being called into question. She said, “We note the concerns raised by CARICOM and international observers about irregularities and the concern about possible electoral fraud raised by the United States.”

As a result, she is calling for international observers to be present during this country’s elections to ensure that the process is monitored.

She said, “Our election must be free and fair, and free from fear. We are asking for the electoral process to be monitored to ensure that it is transparent and credible. The future of our country and our people are at stake.”

At the public meeting, the Opposition Leader also discussed Government’s spending suggesting that they are borrowing too much money with little to no change to the economy.

She said, “After they borrowed all of that money and spent it out, we are faced with the second highest murder toll in our nation’s history, the highest level of unemployment, the worst roads, cutting of social services- food cards and baby grants, closed schools and a failing health care system.”

In closing, she urged supporters to view the party’s National Economic Transformation Master Plan, which she said was created with the purpose of putting people back to work.

Newer Post
WHO: 70% Of Sick In China Have Recovered From CONVID-19
Older Post
Barcelona To Host Napoli In Empty Stadium Because Of Coronavirus