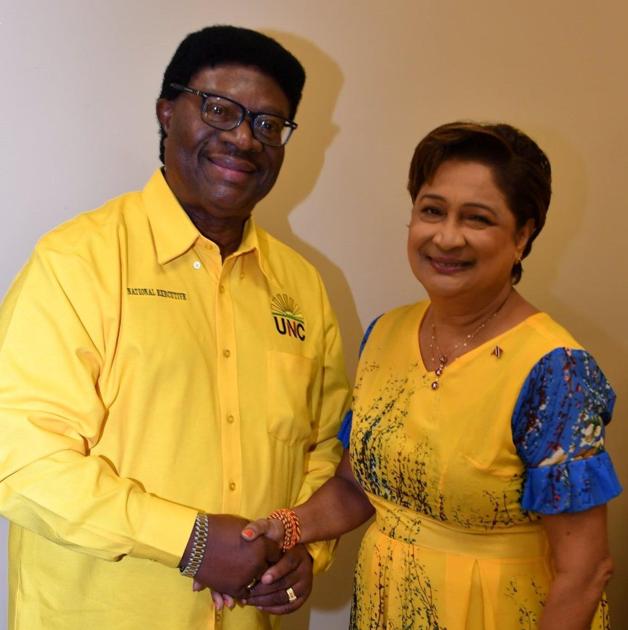 In a post to her facebook page this morning, she said:
I am deeply saddened by the passing of one of our nation’s finest sons of the soil, our party’s former Vice Chairman& Education Officer, Clifton De Coteau.

Clifton was a true stalwart of the United National Congress, offering our members, and by extension our nation, decades of committed service for the betterment of the people of Trinidad and Tobago.

Few people have had the distinguished honour of serving at all levels of our great party as Clifton did, a testament not only of his commitment to the UNC but dedication to our country. He moved through the ranks of our party serving as Local Government Representative, Member of Parliament, Cabinet Minister, Alderman, Vice Chairman of the National Executive as well as Education officer.

Clifton was more than just a UNC representative, he embodied the true beauty of humanity in his actions of kindness, people-centred approach and love for those around him. It was these qualities which enabled him to be the first UNC MP for Moruga Tableland.

Fondly known as “Uncle Coto,” his service extended beyond politics. As a teacher, school principal and school supervisor he was able to impact the lives of thousands of students throughout our nation.

Coto had an impeccable work ethic as I recall when he served as Minister he would be in his office by 5 am each morning. That was his dedication and passion for service.
On behalf of the Parliamentary arm, National Executive and all members of our party, I offer sincere condolences to his loved ones.

We in the UNC have lost a friend, a brother, a father figure and most of all, a patriot.
May God grant him eternal rest.