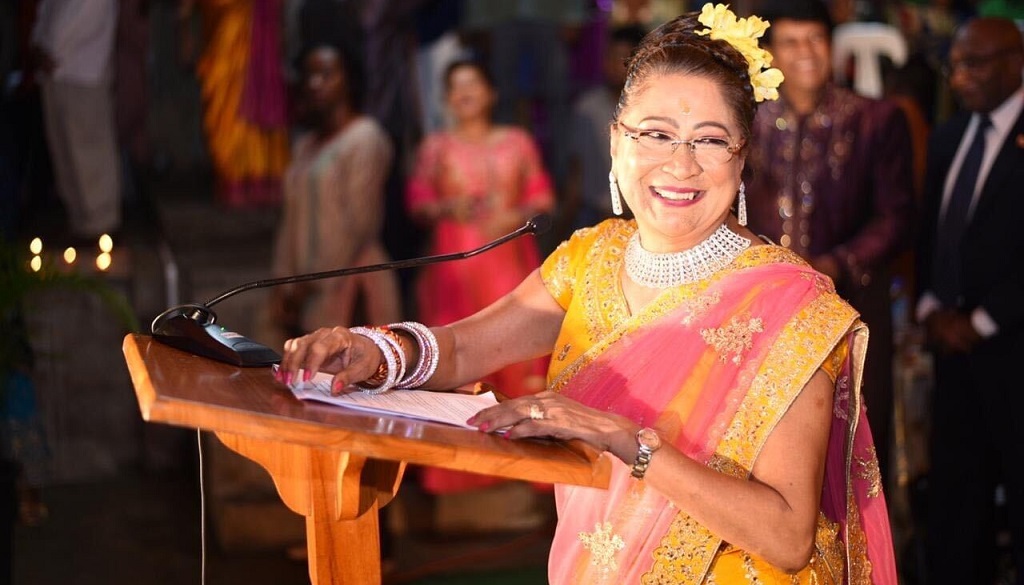 Kamla: Let us use Indian Arrival Day to appreciate all who built this nation and their cultures

Opposition Leader, Kamla Persad-Bissessar believes that Indian Arrival Day is a day of resilience, unity and appreciation for all who built this nation.

In a release on Sunday, as Trinidad and Tobago celebrates the 177th anniversary of the Arrival of Indentured labourers from India, she said today must be a day of reflection on the resilience of our east Indian forefathers, the resilience of those from other lands that they met here, a day to recommit to national unity and a day in which we strengthen our appreciation for all who built our nation.

She said, “In May 1845, our East Indian forefathers set foot on the shores of Trinidad and Tobago after a long and treacherous journey across the Kala Pani.
They faced decades of uncertainty, unfairness, unkindness and inhumane treatment by those who told them this was a better way of life. They persisted with hope and developed a vision and a plan to better themselves. This hope gave them the strength to toil through the hardships they faced. They stood strong through the injustice that was often meted out against them and dedicated themselves to gaining success for themselves and for the country they now called home.”

Persad-Bissessar added that almost two centuries later we have seen the impact of their resilience, as descendants of those East Indian Indentured Labourers are today involved in all aspects of nation-building while East Indian culture plays a significant role in our national identity.

“It is that resilience, the same resilience which our African brothers and sisters demonstrated after Emancipation to propel themselves forward that we as a people must foster within ourselves to defeat the socio-economic burdens and other ills facing our nation today,” she said.

She continued, “One of the greatest gifts this nation has received has been the unity of our East Indian ancestors and our African brothers and sisters along with all others who travelled to this nation to call it home. It was this unity that has created this nation into a beautiful cosmopolitan nation where every creed and race find an equal place.”

“It was that unity that allowed us to defeat the hindrances of colonialism and utilise our diversified talents to ensure success. We must re-commit to unity among the races and religions because together we all face the same challenges, therefore as we did before, let us defeat hardship together. Division must never win.
Today as we celebrate Indian Arrival Day, we congratulate those who have fought hard to preserve east Indian culture, preserve the culinary arts, the music and even dance as they all play an invaluable role in creating one of the most unique and beautiful national cultures in the Caribbean.”

Persad-Bissessar added, “Our culture would not be beautiful if it weren’t for the coming together of all others that make up this land. Therefore, let us use Indian Arrival Day to appreciate all who built this nation and their cultures. We can defeat the challenges within our nation as a united people, a people of resilience and a people that appreciates each other.
Together, we can rebuild and restore our beloved Trinidad and Tobago.