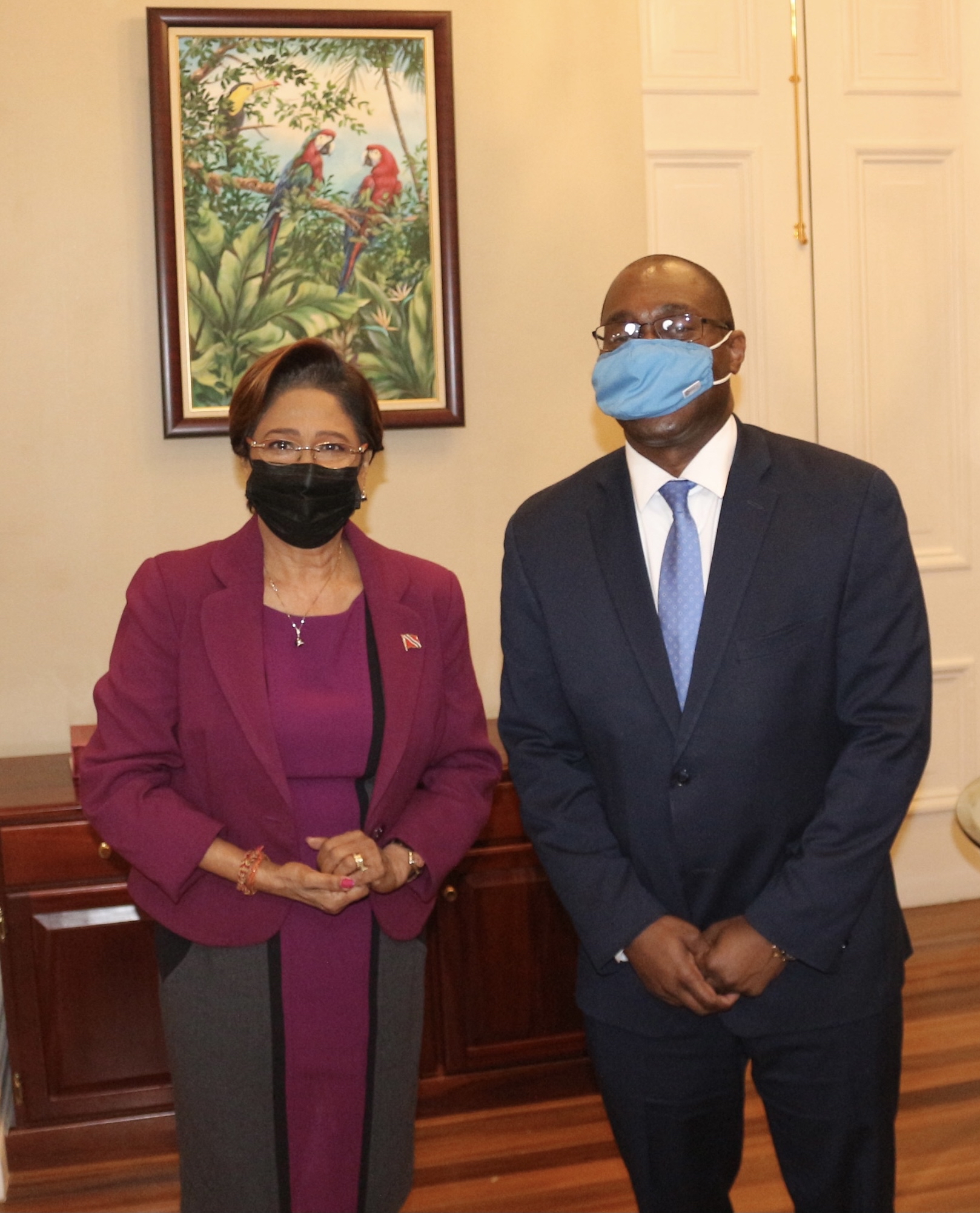 Kamla and the Chargé d’Affaires of the U.S discussed issues of national importance

Chargé d’Affaires of the Embassy of the United States of America paid a courtesy call to the Leader of the Opposition, Kamla Persad-Bissessar.

The Opposition Leader in a release issued this afternoon said the Chargé d’Affaires of the Embassy of the United States of America, Mr. Shante Moore discussed issues of national importance, which took place at the Office of the Parliament.

Persad Bissessar said she reaffirmed the strong commitment by the United National Congress to work with T&T’s global allies for the peace and prosperity of Trinidad and Tobago.