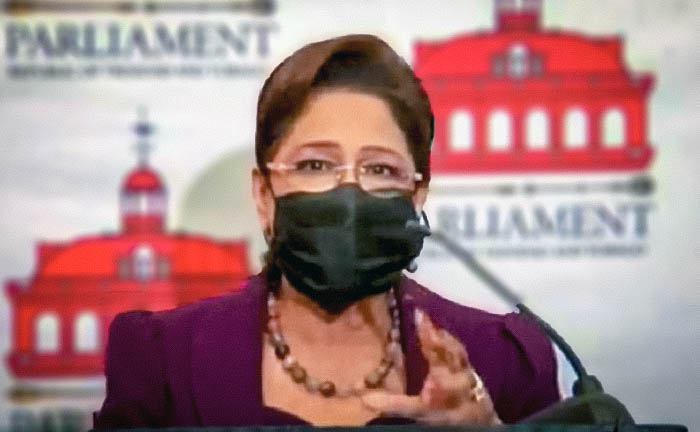 Kamla: Amendment to Procurement Act will ‘water down the legislation’

Opposition leader, Kamla Persad-Bissessar says the planned amendments to the Procurement Act, will not not make it operational, it will water down the legislation.

The Public Procurement and Disposal of Public Property Act 2020 is set to be brought before the House of Representatives this Friday, December 4th.

The Procurement Act was passed in December 2014 and partially proclaimed by the Persad-Bissessar administration in July 2015.

However, she said that “For the past 5 years, there has been no attempt by this Government to make any moves to operationalise this legislation. After repeated calls by the Opposition and civil society, this Government has failed to fully proclaim the legislation.”

Persad-Bissessar said “They intend to amend the legislation a third time on Friday. The government will move an amendment to the Procurement Act to extract the teeth out of the legislation, leaving it without any bite at curbing corruption.”

“This is the third attempt by this PNM Government to water-down the Procurement Legislation. The Government again misses an opportunity to bring to the Parliament the necessary Regulations required to operationalise the Act.”

According to the Opposition leader, “Government intends to amend section 7 of the Procurement Act to remove from the scrutiny of the Act, the following services: legal, financial, accounting and auditing, medical services and any other service as the Minister may by Order determine, by negative resolution.

“This PNM government now wants to remove these services and transactions from scrutiny not just of the Regulator, but of Parliament as well. What makes this more distasteful and unethical is that we passed this Act in 2014 with a special majority and this Government now proposes to defeat the very object and purpose of this Act by a simple majority vote.”

She is now calling on the Government to explain the reason for removing these services from being subject to the Procurement Act.

The Prime Minister as Chairman of the Cabinet must also explain the reason for this amendment, she said.

Persad-Bissessar stated that the Procurement Regulator and his team have not yet been given a chance to oversee the procurement practices and disposal of public property, and they have already been rendered impotent by this Government’s proposed amendments.