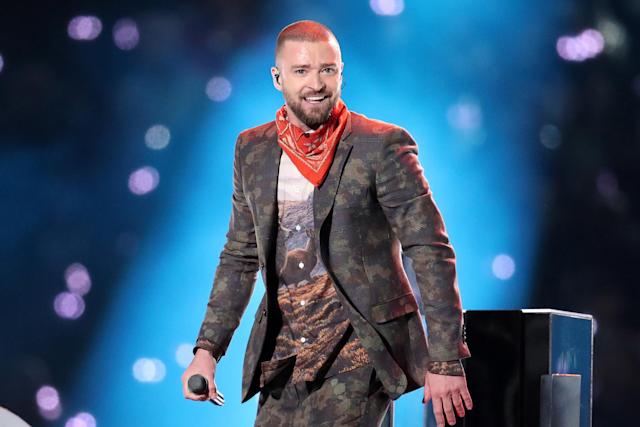 The company has purchased Timberlake’s copyrights on tracks he wrote or co-wrote — a total of around 200 songs, CNN Business reports.

“Justin Timberlake is not only one of the most influential artists of the last 20 years but he’s also one of the greatest songwriters of all time,” said Merck Mercuriadis, founder and CEO of Hipgnosis Song Management, in a press release, PEOPLE reports. “His hit songs including ‘Cry Me A River,’ ‘Rock Your Body,’ ‘SexyBack,’ ‘My Love,’ ‘What Goes Around… Comes Around,’ ‘Suit & Tie,’ ‘Mirrors’ and ‘Can’t Stop The Feeling’ are amongst the most iconic of the period.”

“Putting this deal together has been a complete labor of love,” he added. “I’m delighted to welcome them all to the Hipgnosis Family. This is the beginning of what we believe will be an incredible relationship important to us all.”

Among JT’s hits that the company now owns include “SexyBack,” “Can’t Stop the Feeling” and “Mirrors.”

“I am excited to be partnering with Merck and Hipgnosis — he values artists and their creative work and has always been a strong supporter of songwriters and storytelling,” said Timberlake in a press release Thursday. “I look forward to entering this next chapter.”

“Justin’s incredible catalogue will join other amazing works at Hipgnosis which we know will serve as a great steward of his work,” David Lande and Mitch Tenzer of Ziffren Brittenham LLP, Timberlake’s lawyers, said in the press release.

Mark: Rowley has too many questions to answer to be given a break 0

WHO chief optimistic disease will be beaten in 2022 0