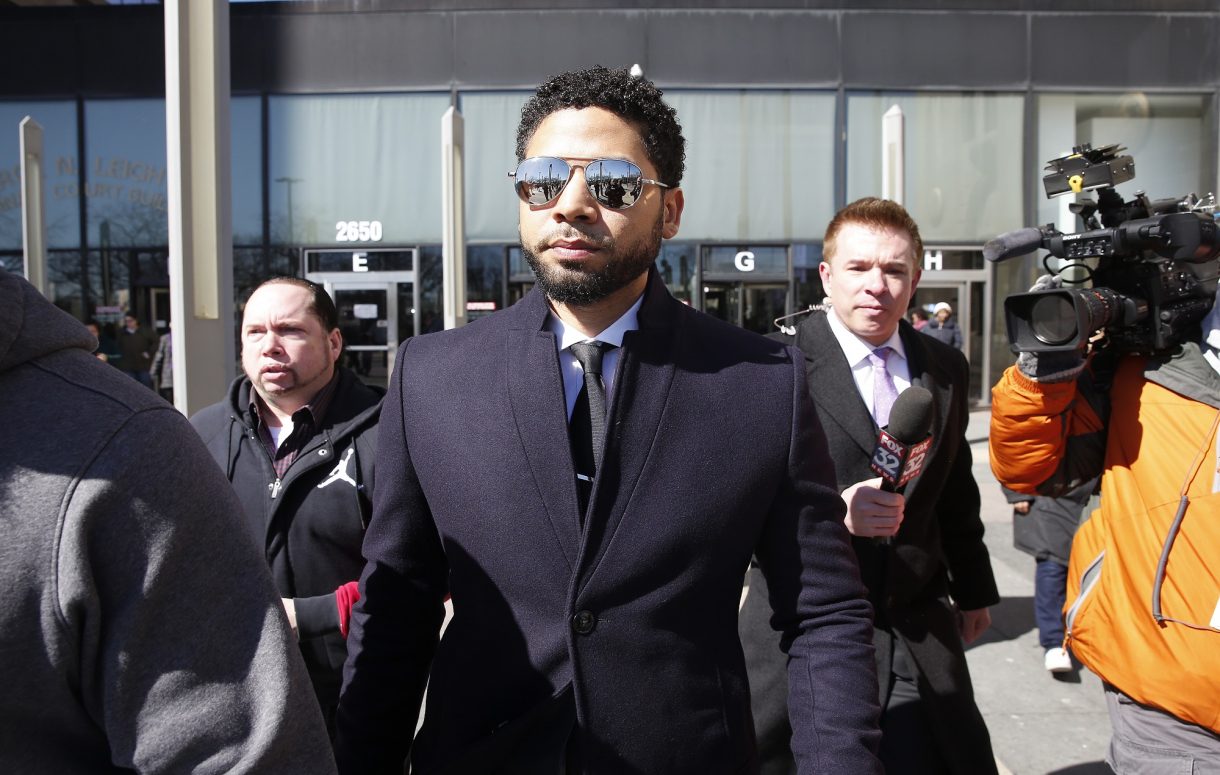 Even though Jussie Smollett is awaiting the results of an appeal for his hate crime conviction, the disgraced actor is speaking out about the situation and railing against his critics in a new song.

In an Instagram post on Friday (April 8), Jussie Smollett announced his “Thank You God” single, in addition to revealing all proceeds from the record will be donated to a trio of special interest advocacy groups, including the Chicago-based nonprofit the Rainbow Push Coalition, which was founded by Jesse Jackson in 1984.

“LINK IN BIO… 100% of the profits will be donated to @rpcoalition @illinoisinnocenceproject & @stbsafety. With Love… -Jussie #ThankYouGod,” he wrote in the caption of the lyric video.

Though the song is less than two minutes long, the former Empire star manages to touch on multiple controversial topics, including his belief he’s being targeted, in addition to his discrepancies with CNN news anchor Don Lemon and filmmaker Lee Daniels, who have both publicly criticized Jussie Smollett in the years following his alleged 2019 hate crime attack.

“They had my own people, thoughts going off the wall/ That’s why from L.D. to Don, I still got love for ya’ll/ I know we’ll meet again, talk like real men/ Instead of sharing shade in rooms and up on CNN,” Jussie Smollet said.

Jussie Smollett was reportedly found guilty of five counts of disorderly conduct and sentenced to 150 days in jail on March 10 for falsely claiming he was the victim of a hate crime in January 2019 when two attackers purportedly doused him with bleach and put a noose over his head.

Less than a week later, Smollett was released from jail on March 16 after his defense team filed an emergency motion arguing he’d be “irreparably harmed” for serving a sentence for convictions that could be reversed by his appeal. Jussie Smollett also had to forfeit a $150,000 bond per the terms of his bail.

Beyoncé releases ‘Be Alive’ for Will Smith’s ‘King Richard’ 0