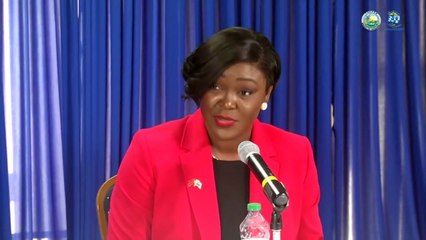 During a hearing before High Court Judge Carol Gobin this morning, Davidson-Celestine was ordered to pay Augustine’s legal costs for defending the lawsuit, which did not reach the trial stage.

Her ability to continue to pursue the case was raised by Augustine’s legal team during a case management hearing in early October.

Davidson-Celestine claimed that Augustine tarnished her reputation during a PDP meeting in 2021, when he accused her of corruption in relation to a zipline project allegedly undertaken by the THA in 2015.

Rapper Kevin Gates said he was molested as a child 0