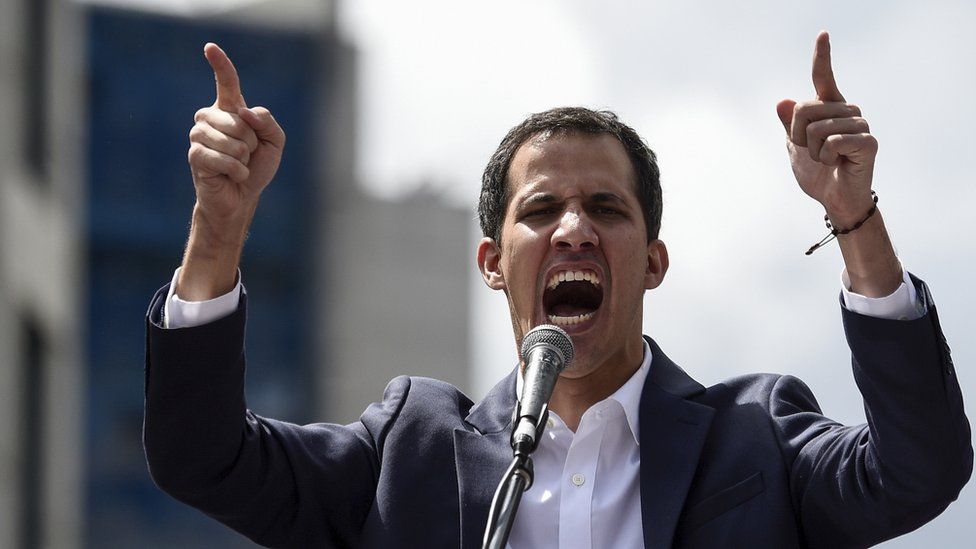 “Over the past few weeks we have seen repeated actions against our Venezuelan refugees in Trinidad and Tobago. In the most recent 16 Venezuelan children were deported and separated from their parents.”

Words expressed by Leader of the National Assembly in Venezuela, Juan Guaido, after 16 Venezuelan migrants were detained by police on November 17 and spent a week at the Erin police station before they were deported on Sunday morning.

Guaido said that he will order the AN to open an investigation into the incident, claiming that the lives of the Venezuelans who were deported are in danger.

Guaido took to his social media to say “our people today do not migrate voluntarily, they are refugees from a dictatorship that commits crimes against humanity and generated a humanitarian emergency.” 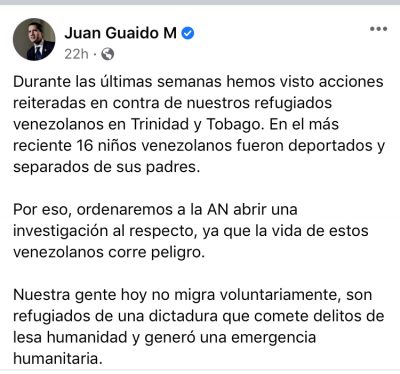 Meanwhile the Inter-American Commission on Human Rights (IACHR) on Monday expressed concern for dozens of Venezuelan migrants, including 16 minors, who were deported from neighbouring Trinidad and Tobago, and whose whereabouts it said were unknown.

In a release on Monday, the IACHR said “IACHR urges Trinidad and Tobago to strictly observe the duty of special protection of (children and adolescent) migrants and to consider their best interests in all decisions that affect them,” the IACHR, a body of the Washington-based Organization of American States (OAS), wrote on Twitter, adding that some of the minors were unaccompanied by their parents.”
*Cover Story* 4076 Government 1343 Law 472 News 4236 Regional News 417 Society 396

Power restored to all areas 0