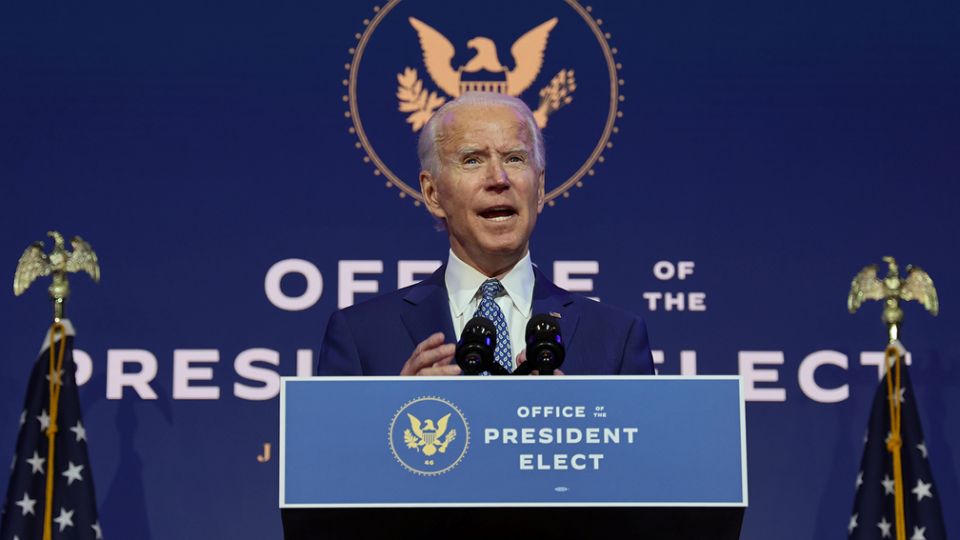 Joe Biden to Trump “Time to Step Up”; Addressing the US on Protests at Capitol

President-elect Joe Biden is addressing the nation regarding the violent protest occurring Wednesday afternoon at the Capitol Building in Washington, D.C.

Acknowledging that the eyes of the world were now on Washington DC, Mr Biden called on US President Donald Trump to “step up” and appear on TV immediately to call on his supporters to stand down.

“We are so much better than what we have seen today,” Mr Biden said.

Let me be very clear: the scenes of chaos at the Capitol do not represent who we are. What we are seeing is a small number of extremists dedicated to lawlessness. This is not dissent, it's disorder. It borders on sedition, and it must end. Now.

Congressional leaders inside were whisked to safety. Vice-President Elect Kamala Harris, who was attending the joint session, and was also said to be safe.

Before both the House and Senate went in to recess, Senate Majority Leader Mitch McConnell made  remarks as the Senate weighed a challenge by a handful of GOP lawmakers to the 11 electoral votes Arizona cast for Biden.

McConnell says while all elections have irregularities, they weren’t “anywhere near the massive scale that would have tipped the entire election.” He says Congress should not declare itself “a national board of elections on steroids,” and says reversing the election results would push the country’s democratic institutions toward “a death spiral.”

23 dead as overpass collapses onto train in Mexico City 0