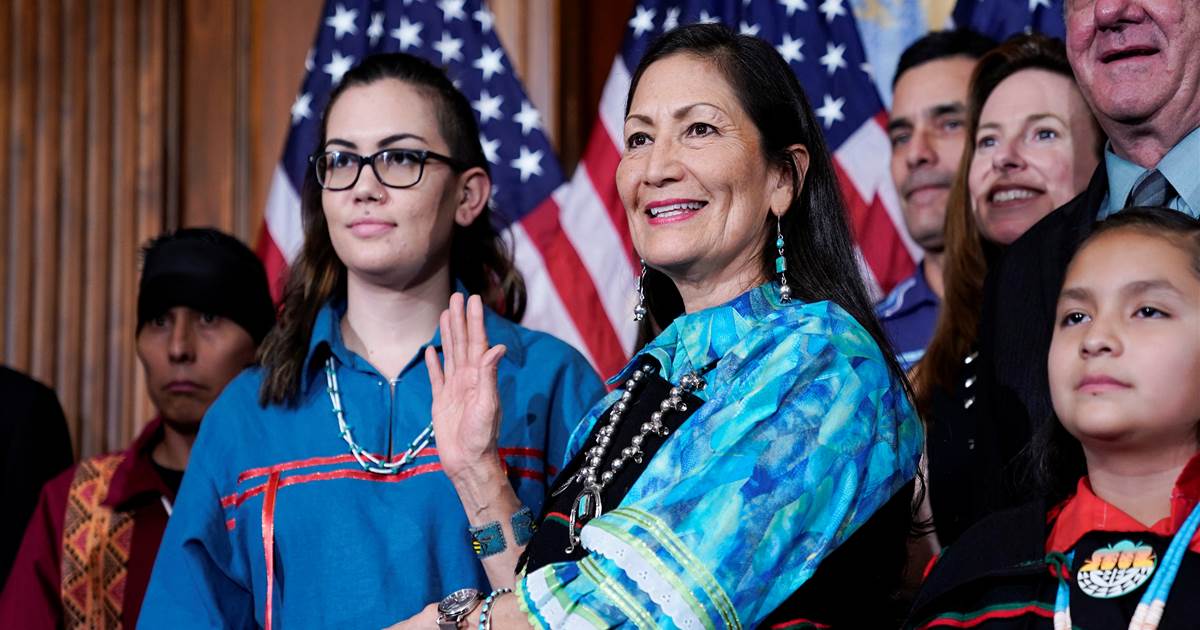 US President-elect Joe Biden announced on December 27th, the composition of the team that will face the “Existential threat” climate change, including parliamentarian Deb Haaland, who is expected to become the first Native American premier in the country’s history, and former governor Jennifer Granholm, in charge of energy.

Biden chose Haaland, 60, to head the Ministry of the Interior, a new symbol of the diversity desired by the Democrat in his future government. In a statement, Biden further confirmed his intention to appoint former Michigan governor Jennifer Granholm as energy minister, and Michael Regan, an African-American who worked in the administrations of Bill Clinton and George W. Bush. , head of the US Environmental Protection Agency (EPA).

“This brilliant, innovative and proven team will be ready from day one to tackle the existential threat of climate change”, greeted Joe Biden.

If her appointment is confirmed by the Senate, Deb Haaland will become the first Native American to hold a ministerial post, and not just any: the Ministry of the Interior, a department which notably manages the vast natural resources of federal lands, such as the national parks, but also Indian reserves.

A member of the Laguna Pueblo tribe based in New Mexico, she will also be responsible for carrying out Mr. Biden’s ambitious agenda to fight climate change. He thus promised not to grant any more gas or oil drilling permits in federal zones.

Mme Haaland “Has spent his career fighting for families, including Tribal Nations, rural communities and communities of color”, said the president-elect on Thursday. His appointment is a moment “Historical” for the United States, applauded former Secretary of State and 2016 Democratic presidential candidate Hillary Clinton on Twitter.

Michael Regan, appointed Thursday by Joe Biden as head of the EPA, had already dealt with air quality issues there for a long time during the terms of Bill Clinton and George W. Bush. Since 2017, he has been the head of the North Carolina State Department of the Environment.

Calls to open the government to minorities have multiplied since the victory of Joe Biden, who promised a government “Who looks like America”.

Jennifer Granholm, 61, a fine connoisseur of the automotive sector and a proponent of clean energy, will be responsible, as Minister of Energy, for implementing certain key points of Mr. Biden’s program, such as the development of alternatives to fossil fuels and less energy-consuming buildings. This former Michigan governor from 2003 to 2011 had the opportunity to rub shoulders with the major automotive groups based in Detroit. She had notably worked with Mr. Biden when he was Barack Obama’s vice president for the implementation of the auto industry rescue program in 2008.

Mr. Biden will introduce the members of that team on Saturday in his home town of Wilmington, Delaware.

Minister of Health says more and more persons getting vaccinated 0