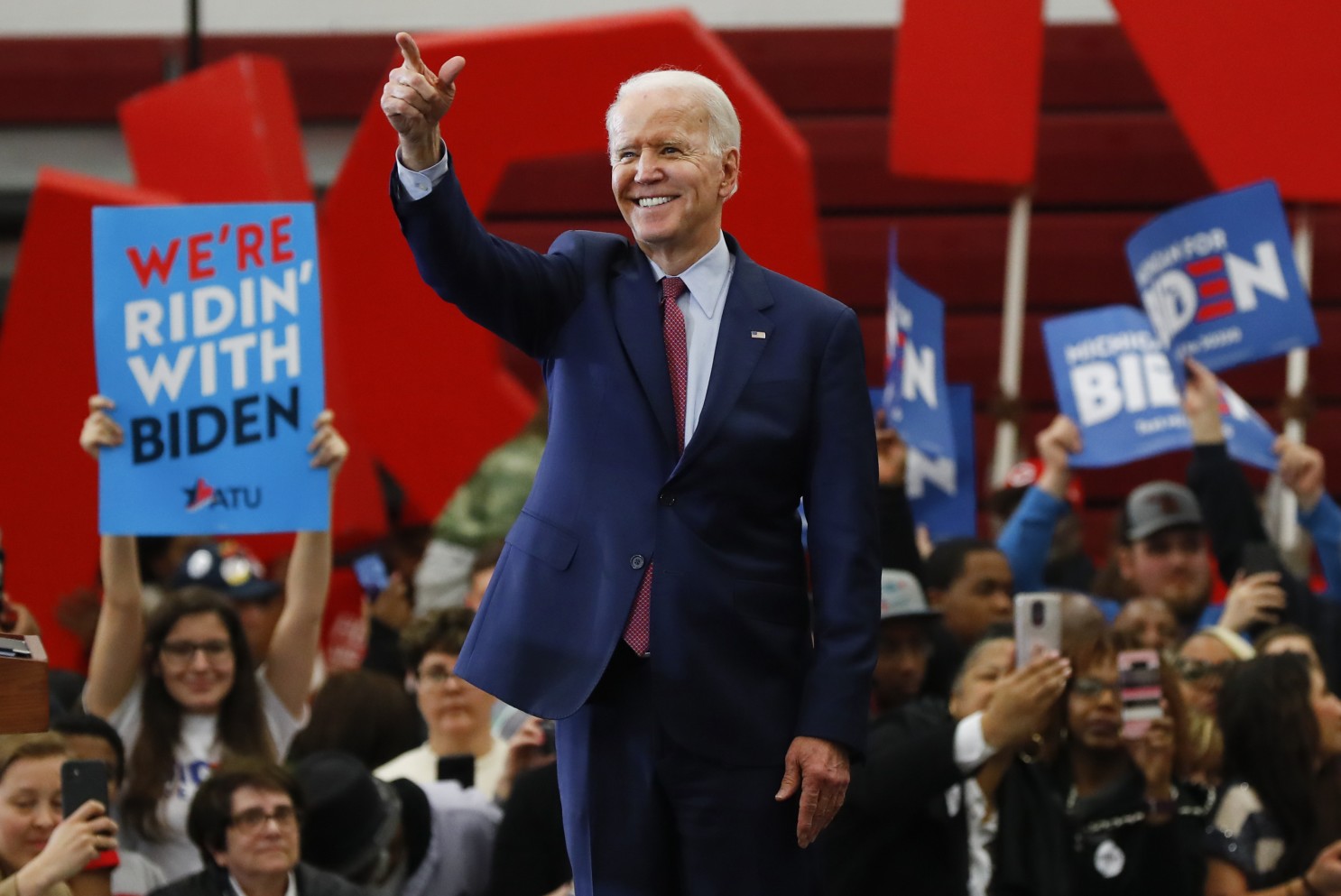 Donald Trump and Joe Biden fight one of the tighter election battles in US history. To win the White House, the winner must obtain at least 270 votes from the Electoral College.

We believe we’re on track to win this election,” Biden told his supporters during a brief speech in Wilmington, Delaware shortly after midnight, adding that “your patience is commendable.”

“It’s not my place or Donald Trump’s place to declare who’s won this election,” said the Democratic challenger. “That’s up to the American people.”

The Biden campaign is confident that it will win the battleground states of Michigan, Nevada, Pennsylvania and Wisconsin. Georgia and North Carolina also hang in the balance.

As of Wednesday morning, the Democratic nominee leads Trump in the Electoral College, 238-213, as poll workers continue to count millions of mail-in votes in must-win states.

Additionally, it was declared that Biden won Arizona, the Associated Press reported after 1 am with 98% of the state’s votes counted. Biden had said he felt good about his chances in Arizona, among other remaining states to be called, and that’s he’s optimistic about winning the presidency.

President Trump, speaking early Wednesday morning, when only 80% of Arizona’s votes had been counted, said “we have a lot of life” left in Arizona, where there are “a lot of votes out there we could get.”

“And, we don’t even need it,” the president went on to say of Arizona, adding that “it would be nice” to win the state — “we want that to stay in play” — but added, “More importantly, we’re winning Pennsylvania by a tremendous amount.”

In a tweet, President Trump said he also will be making a statement tonight, touting a “A big WIN!”

The Republican incumbent has been projected to have taken Florida and Ohio, two of the “battleground states” in the 2020 race with a combined 47 electoral votes, according to U.S. media reports.