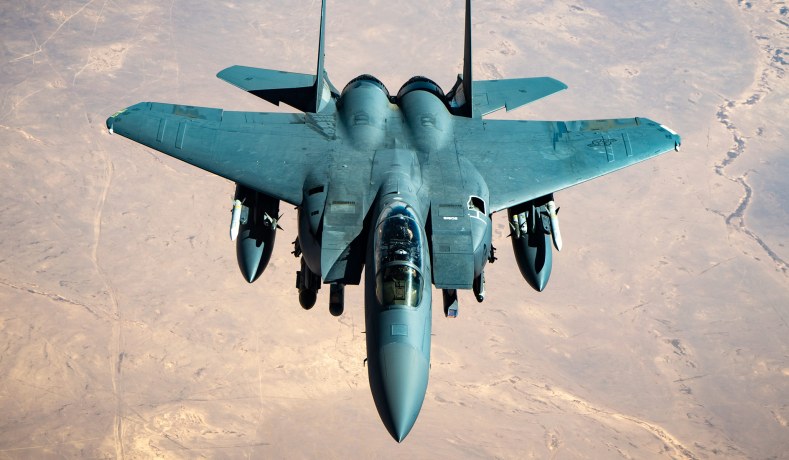 Joe Biden Calls US Airstrike in Syria a Warning to Iran

Russia claims it was only given about four to five minutes warning of the Biden administration’s first military action when it struck Iranian-backed militias in eastern Syria killing more than 20.

US officials believe the attack killed a number of alleged Iranian-linked fighters, signaling the administration’s intent to use targeted military action to push back against violence tied to Tehran.

The Britain-based Syrian Observatory for Human Rights reported yesterday that 22 Iranian-backed fighters had been killed when the strike at 1am local time hit three truckloads of weapons which were crossing a border point from Iraq to Syria. It added that the death toll could rise.

“Our military was warned four or five minutes in advance. Of course, this has no value even from the angle of deconfliction, as they say in relations between Russian and US servicemen,” Mr Lavrov told a Moscow news conference.

“This kind of notice given at a time when the strike is already being delivered.”

Russia emerged as a key player in Syria when President Vladimir Putin deployed forces in 2015 to back Moscow’s longtime ally, President Bashar Assad.

Russia claims to be only foreign player legally in Syria, as Mr Assad sought Russian help in confronting rebels in the country’s civil war.

“The attack was “authorised in response to recent attacks against US and coalition personnel in Iraq, and to ongoing threats,” Mr Kirby said.

The last US strike targeting the Syrian border region was in late 2019 when the Pentagon struck two locations of Kataib Hezbollah.

Syrian state media confirmed the latest strike, reporting that it took place at a time when the army was targeting the Islamic State in the area.

Kataib Hezbollah has denied any involvement in the recent attacks against US interests in Iraq. An aide to a senior Kataib Hezbollah commander told reporters that one of its soldiers was killed in the attack.

“It’s strange the United States bombed Kataib Hezbollah over an attack that was condemned by Kataib Hezbollah themselves,” he said, speaking on the condition of anonymity to discuss sensitive matters.

While the United States has not targeted the area since 2019, Israel regularly strikes sites near the Syrian-Iraqi border, bombing Iranian and Iranian-backed groups and their facilities, as well as positions of Iran’s Islamic Revolutionary Guard Corps, designated a terrorist group by the United States.

Mr Lavrov claimed to have intelligence that America had no plans to leave Syria and was in fact aiming to break up the country.

“It’s been alleged that they’ve decided never to leave Syria, up to the point of the country’s breakup,” Mr Lavrov said, adding that Moscow wants to resume contacts with Washington over the conflict.

“It’s very important for us to resume contacts at the political-diplomatic level, and we hope the new administration will put together teams for this purpose soon enough,” he said.

Leonid Slutsky, chairman of the Russian State Duma’s foreign affairs committee, said the attack proved that Washington was not interested in peace in Syria.

“Obviously, the priorities of the new US administration do not include peace on Syrian land and the war on terror,” Mr Slutsky said, according to the Interfax news agency.

“The airstrike killed members of pro-Iranian units fighting for Syrian government forces, and the attack was launched without any charge or trial,” he said.

Syria condemned the air strikes describing them as a negative indication for the policies of the new US administration.

The “cowardly” attack is against international law, Syria’s foreign ministry said. It warned that it would lead to an escalation in the region.