JMMB says it’s obligated to protect the interest of all, following boycott calls by DSS supporters

Kerron Clarke, founder of the Drugs Sou Sou (DSS) was reportedly instructed by the JMMB bank to close his accounts on Friday.
Hours later, a call was made on social media for DSS supporters to withdraw their money from JMMB from Monday.

Now, in a bit of crisis communication, the bank is defending its actions, saying they acted “to ensure that integrity, ethical and regulatory standards govern the management of all our relationships with our clients.”

In a release on Saturday, JMMB’s Chief Marketing Officer and Chief Retail Officer, Lisa Maria Alexander said, “We are clear too, that our management of our banking/financial services must be an indicator of our accountability and obligation to protecting the interests of all our clients and stakeholders. At JMMB, your best interest is at the heart of all we do.” 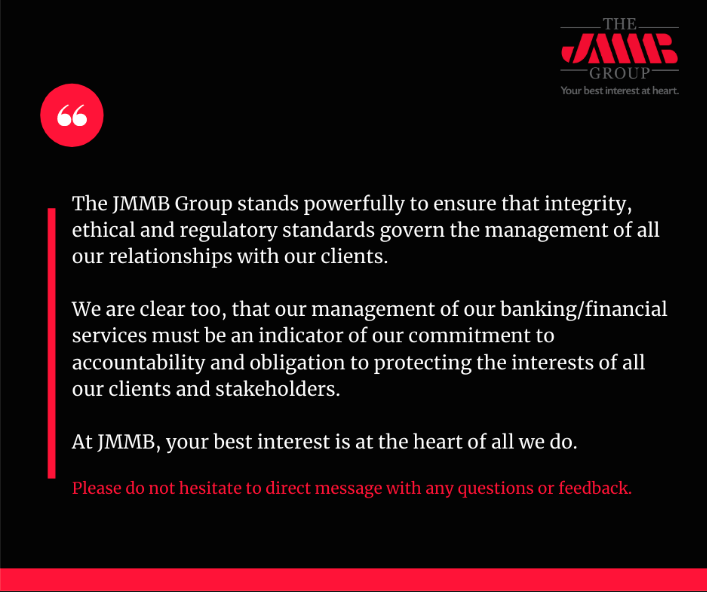 DSS operations are currently at a standstill after investigators seized an estimated $7.77 million in their latest raid.

Police seize firearm and ammo during operation in Carenage 0