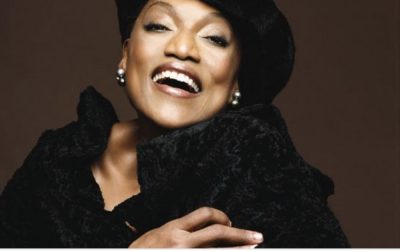 Jessye Norman, Regal American Soprano has died at the age of 74. The cause according to a statement issued by her family was septic shock and multiple organ failure following complications of a spinal cord injury she suffered in 2015.

A multiple Grammy Award winner, she was a towering figure on the operatic, concert and recital stages.

Jessye Norman, the American soprano who’s shimmering voice with an amazing range and depth of emotion at the Metropolitan Opera and houses around the world, died on Monday in New York. She was 74.

Ms. Norman, who found global acclaim as well as a recitalist and on the concert stage, was one of the most decorated of American singers. She won five Grammy Awards, four for her recordings and one for lifetime achievement.

She received the prestigious Kennedy Center Award in 1997 and the National Medal of Arts in 2009.

COP meets with banking sector officials to root out fraud 0