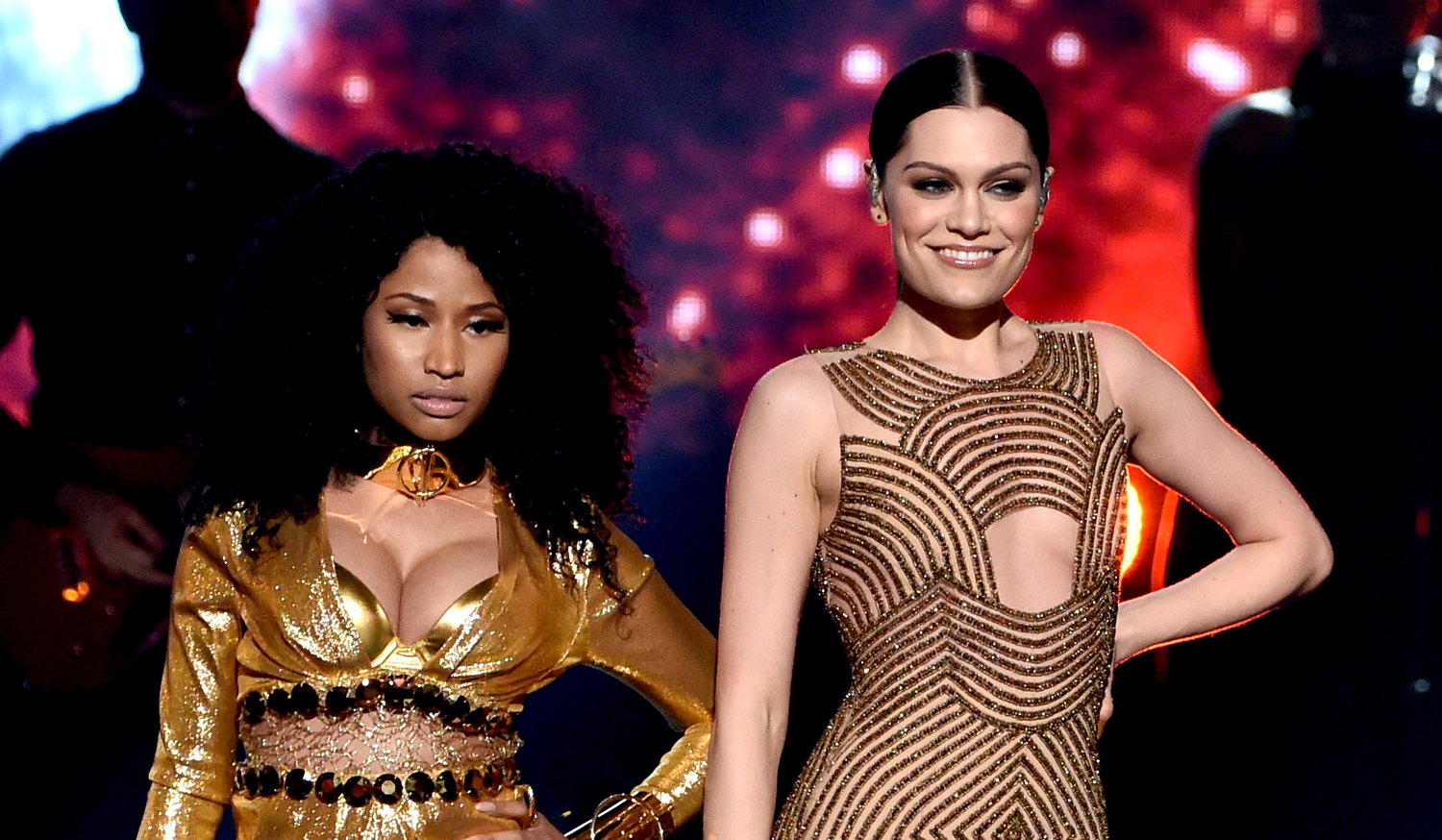 It turns out that Jessie J and Nicki Minaj remember the beginnings of the superstar single a little differently, and Minaj called out Jessie J’s version of the story — which the singer had discussed in a recent interview with Glamour — on Friday (Aug. 6).

As Jessie J recalled, “Nicki was played it in the studio and was like, ‘I’ve got to jump on this.’ We didn’t go to her and ask; she wanted to do it.”

But according to Minaj, who responded to Jessie J’s quotes on Thursday with a correction, “I didn’t hear the song & ask 2get on it.”

“The label asked me2get on it & paid me,” Minaj tweeted. “How would I have heard the song? Chiiille what am I the damn song monitor? Snoopin around for songs chile? This was said by another artist recently as well. Yall gotta stop. LoveU.”

For what it’s worth, Minaj did want to get on Jessie J’s “Do It Like a Dude” after catching it on the radio. “but the worst part about this no1EVER asked me,” she tweeted with laughing face emojis. “I have been obsessed with that song since the min I heard it.”

On Friday, Jessie apologized to Minaj over the confusion about how “Bang Bang” — which peaked at No. 3 on the Hot 100 in 2014 and was nominated for a Grammy — came to be with a meme-filled, lengthy post on Instagram, writing, “I respect you publicly being yourself @nickiminaj.”

“So here I am being myself,” she continued. “This is a video of me back in 2015 on stage taking the piss out of myself which is basically an hour of my set. It was made into a meme about 2 weeks ago. Is that what this is really about? And where this weird energy between us began? Or maybe it was when you used me as a stair rail at the AMAs. That was also funny af.”

“If we can’t laugh in the lives we have been blessed with. What’s the point. It really isn’t that deep,” added Jessie.

“From the moment I met you to now I have shown you nothing but love and gratitude for how f—ing blessed I was to have you and @arianagrande who btw wrote Bang Bang with the insanely talented Max Martin which I found out today. Jesus. What a day. Sorry Ari. I never knew. Wild. I felt like I had won a competition did back then and still do now. I’m the first person to admit Bang Bang would NEVER have been what it was without you guys,” she said.

“I’m sorry I got the story wrong all these years,” she noted. “I was told you heard the song and wanted to be on it by someone clearly gassing me up at the label. (Bless them and my naive a–) Thank you for clarifying I was wrong on that and Do it like dude. Told me huh.”

“What a way for us to celebrate the 7 year anniversary of the song. Should we all go for dinner? No… Probably not right.. Too soon? Bang bang part two?… No…. Ok got it. Do it like a dude remix? Ok. I’ll stop,” she wrote.

“Look, the song did it’s damn thing,” said Jessie. “I will never say you asked to be on the song ever again. Although all this drama means memes and man have the memes of me have kept me entertained all day.”