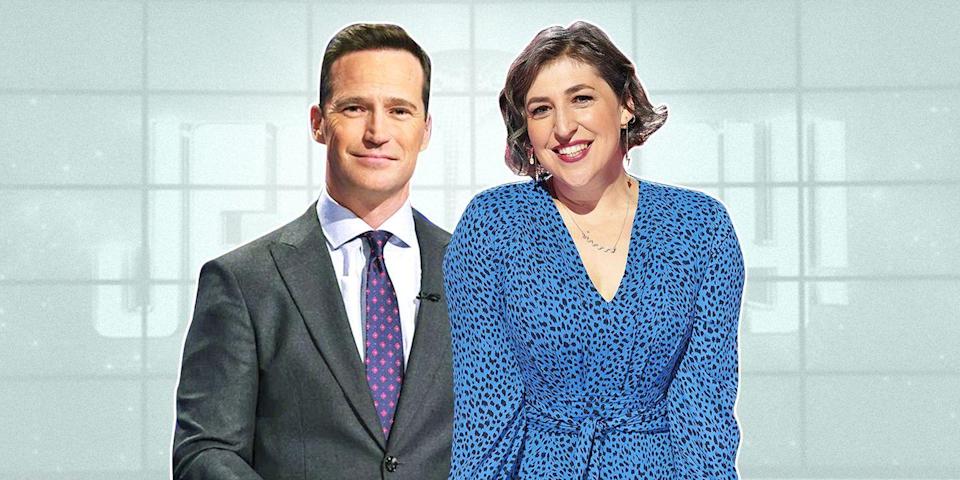 Eight months after Jeopardy! began its search for a new permanent host, the venerable game show may finally have found its pick—er, picks. According to The Daily Beast, Sony Pictures Television is set to announce that Jeopardy! will have two hosts for the first time in the show’s history, with Mike Richards and Mayim Bialik slated to split hosting duties.

Richards, an executive producer of Jeopardy! and a game show veteran, will take the reins of the daily syndicated program, while Bialik, a neuroscientist and actress best known for The Big Bang Theory, will handle primetime specials and spin-offs, like the upcoming Jeopardy! National College Championship.

The search to fill the late Alex Trebek’s shoes has been long and arduous, with a revolving door of prominent broadcasters, athletes, and actors standing behind the podium for short guest stints that functioned as live auditions. Guest hosts included Katie Couric, Anderson Cooper, Aaron Rodgers, Robin Roberts, LeVar Burton, and George Stephanopoulos, among others.

Last week, news broke that Sony was closing in on Richards as the frontrunner, outraging legions of Jeopardy! fans, who felt tricked by the process. What was the point of this public guest host charade if the show was always going to hire an insider?

Matters grew more complicated when detractors pointed to Richards’ checkered past at other game shows: namely, The Price is Right, where Richards was named in three lawsuits by former models who alleged pregnancy discrimination and sexual harassment.

This week, Richards broke his silence on the matter, saying in an internal memo to the Jeopardy! staff, “I want you all to know that the way in which my comments and actions have been characterized in these complaints does not reflect the reality of who I am or how we worked together on The Price is Right.”

Bialik, for her part, was a fan favorite guest host, with many viewers calling for her to step into the permanent gig. With this long-running mystery solved, it’s time to strap in for a whole new Jeopardy! experience, beginning with the Season 38 premiere on September 13.