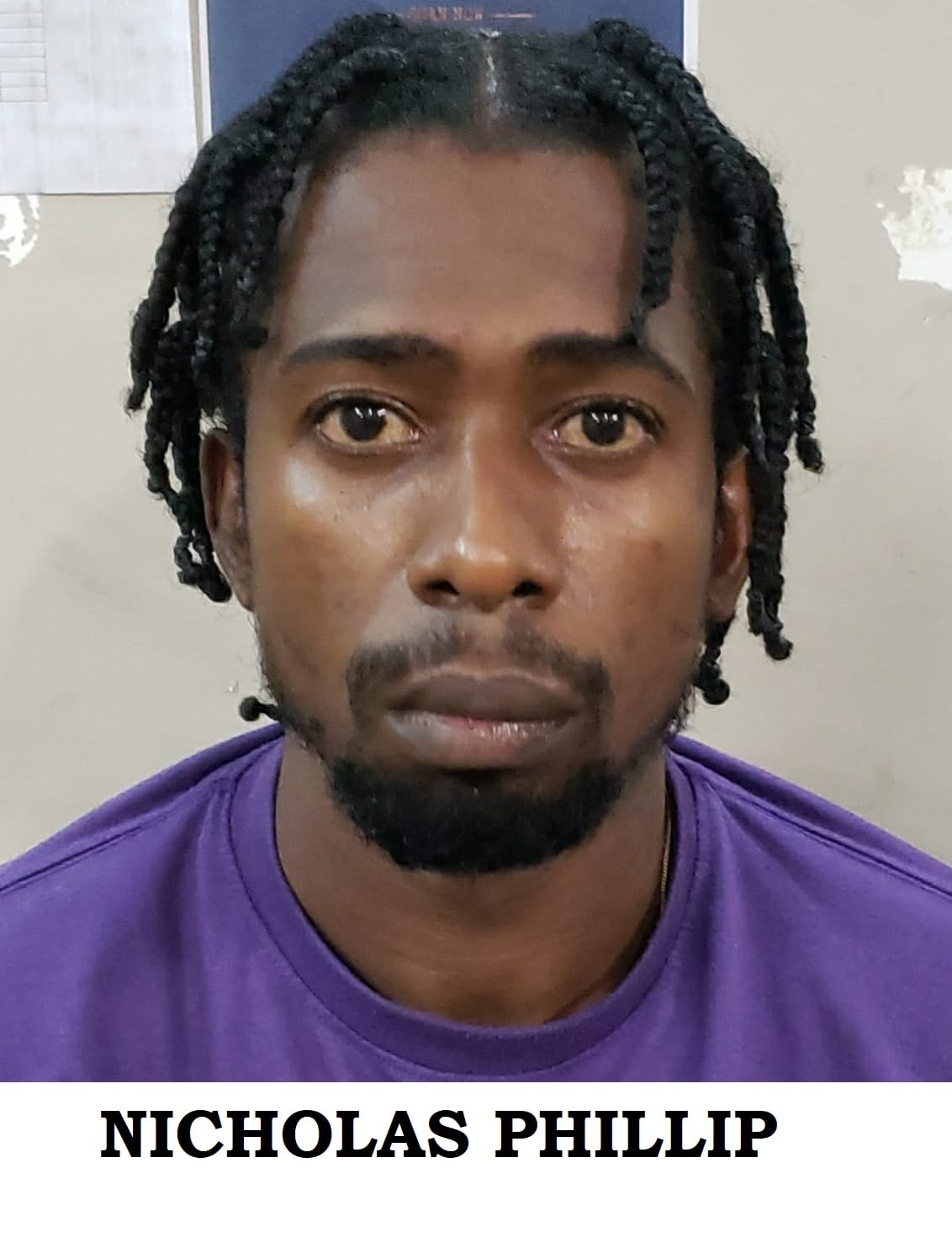 ‘A man who was charged with robbery with violence was remanded into custody when he appeared before Senior Magistrate Adrian Darmanie at the Chaguanas First Magistrates’ Court on Wednesday 16th June, 2021.

NICHOLAS PHILLIP, 29, aka JAWS of Old Southern Main Road, Montrose, Chaguanas, is due to reappear in court on Wednesday 14th July, 2021.

Around 8:55 am on Monday 10th May, 2021, a woman was about to enter a bank along Market Street Chaguanas, when a man allegedly held on to her right shoulder and announced a robbery. The assailant made attempts to take the woman’s handbag, but the woman resisted and was then shocked on the left side of her neck with a taser. The woman was pushed to the ground, then she was dragged a short distance away, during which she sustained minor injuries. The woman was then forcefully relieved of her handbag which allegedly contained $48,000, a government cheque for $2000, a gold chain valued $3000, a pair of gold anklets valued at $3,500, two fine gold chains valued at $1500, an ID card, Drivers’ Permit, a debit card and a Samsung cell phone. The assailant then escaped on foot in a northerly direction where he entered into a Toyota Axio vehicle which sped off along Market Street in a westerly direction.